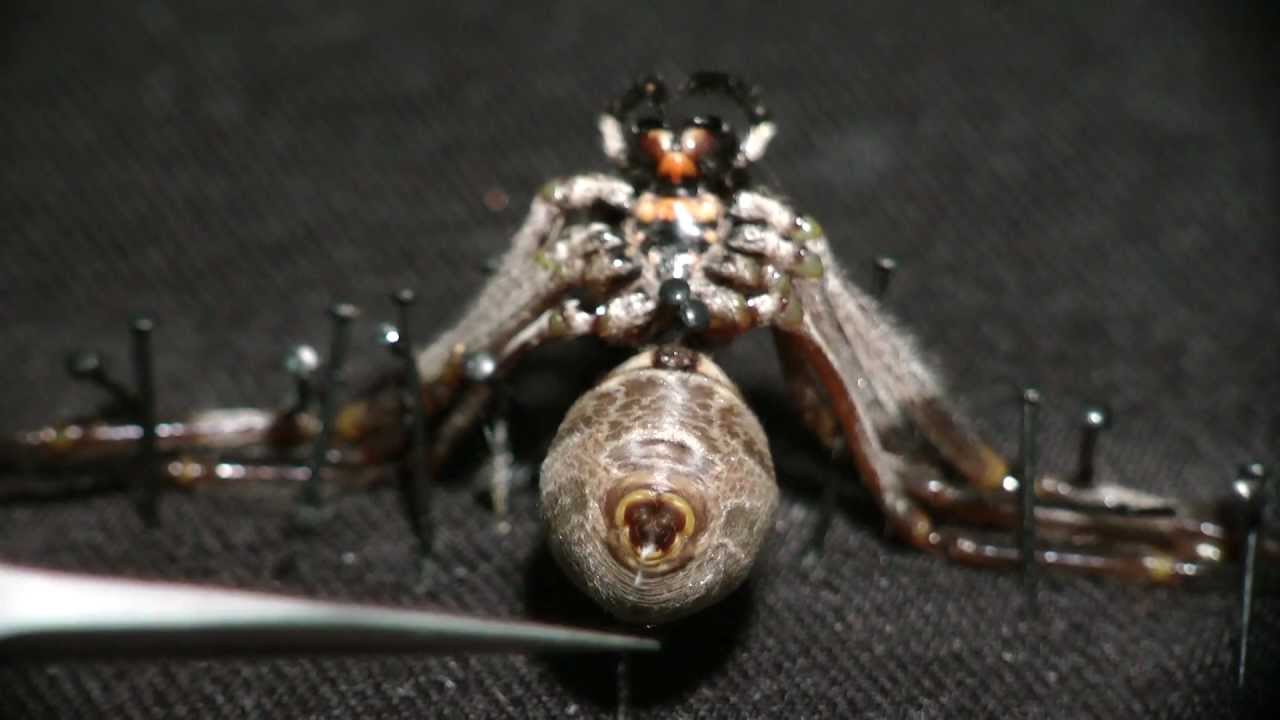 Spiders are scary motherfuckers and regularly terrify me whenever I encounter one. But this video actually has me feeling a little sorry for them because it turns out that they can have a rough time of it as well sometimes.

The video shows the process whereby a spider is ‘milked’ for its silk and it kind of looks like the spider is being tortured through a technique that would look more at home in one of the Saw movies. Its legs are pinned down onto the floor with nails and it’s knocked out using carbon monoxide gas to stop it from squirming around whilst the silk is extracted via a pair of tweezers pulling it out of its belly. The silk is then attached to a motorised spool which rotates in order to collect it.

Even that description sounds horrific right? There’s some pretty disgusting looking things that go on in the animal kingdom, but this really is gross:

Completely disgusting, even if it is being performed on a terrifying looking spider. The story gets even worse though as apparently you can’t harvest the silk from spiders in a spider farm like you would with silk worms and so this process has to be undertaken with each spider individually. Sounds like legitimately the worst job ever – where the hell do they even find people to do stuff like that?

For more spiders, check out the most horrifically spider infested apartment ever.