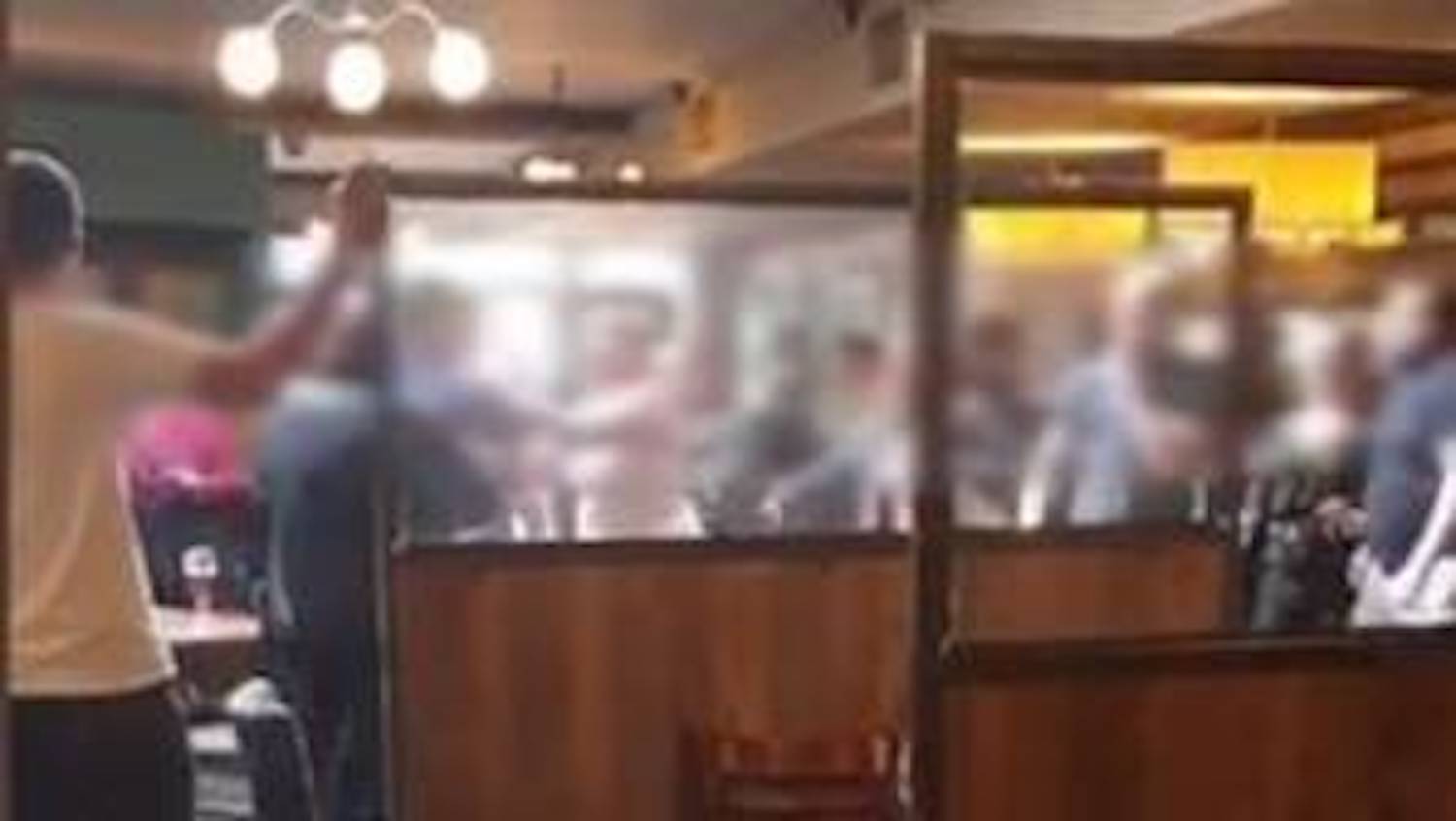 It had to happen.

It was always going to happen and it seemed inevitable that it would do so in a Wetherspoons, so here is a video from over the weekend of huge fight kicking off in one of them.

The video comes from a Wetherspoons in West Yorkshire in the town of Pontefract named ‘The Broken Bridge’. Two groups were taking part in a Sunday session when things got a bit out of hand at around 4:30pm and they ended up starting a massive brawl.

Staff members tried to intervene and get them to calm down, but they weren’t having any of it and just ended up getting punched themselves. Ellie Greenaway captured the footage and said the following about it:

WATCH: This was the moment a brawl erupted at a Wetherspoons in Pontefract this afternoon – just a day after pubs reopened.

Police arrived a few minutes later to kick everyone out and shut it down.https://t.co/aimyoqf3O3 pic.twitter.com/P53Or7Slxz

I was sat eating my meal, and I heard loads of arguing. So I looked up to see a huge crowd all running over and somebody got hit from behind.

The staff got involved trying to break it up. They got hit and it got out of control. Everyone was getting involved and arguing, other people ended up fighting. The manager called the police who kicked everybody out and shut the pub down.

There’s always one isn’t there? To be honest I’m kinda surprised we haven’t been inundated with this kind of footage over the weekend – rather than just videos of pubs that are way too busy under the current guidelines – but I imagine there’s still a bunch of it out there and it won’t take too long for it to come to light. Classic England really.

For more of the same, check out this cringey video of a family going back to the pub for the first time. Not sure which is worse tbh.