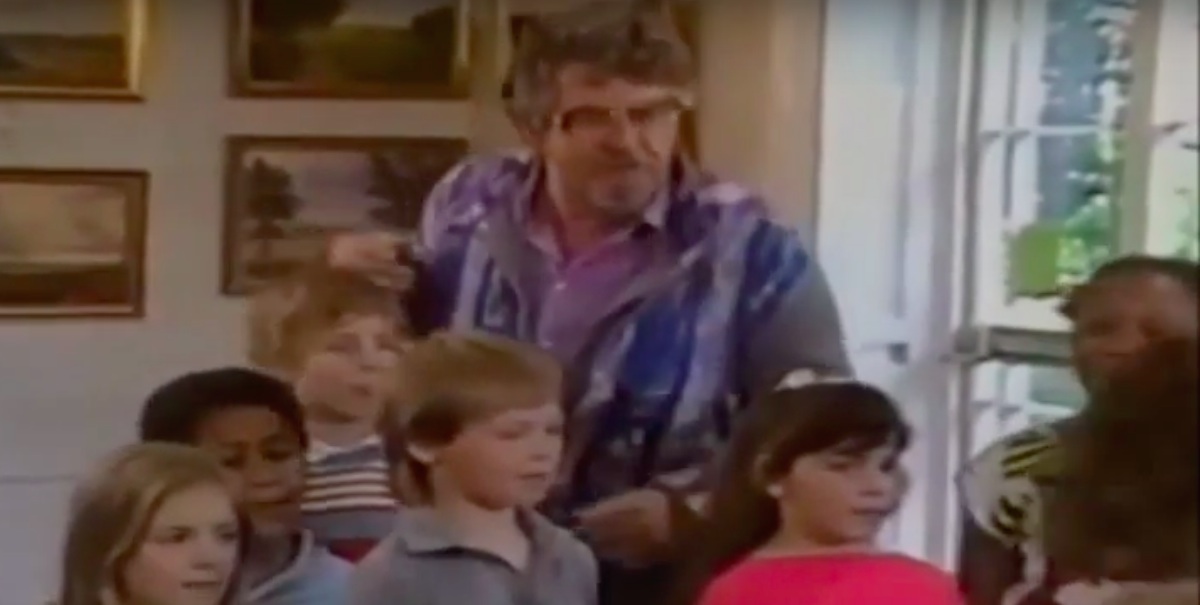 We’re back with another ridiculous story about Rolf Harris today. Nope, he’s not making didgeridoos out of toilet rolls today, but is instead facing criticism over this resurfaced video.

In it, Rolf Harris – a convicted paedophile – is warning kids about perverts. Talk about pot calling the kettle black. The 80s song sees Rolf telling the school kids:

Some people don’t act right with kids and they need help.

Damn straight they do, Rolf. Apparently he was still molesting young children when he made the video and yet it was all his idea. The entire thing is 20 minutes long and it contains some truly disturbing material, showing Rolf constantly refering to “yes” feelings and “no” feelings. Even without the fact that Rolf is a paedo, the video is still pretty fucked up and weird, but then add that in and it’s just a big bag of NO feelings. If you don’t have 20 minutes to spare and you just want to see the weird song, skip to about 18.20:

Wow. You’re not wrong Rolf – my body’s nobody’s body but mine. I guess he didn’t ever anticipate getting caught.