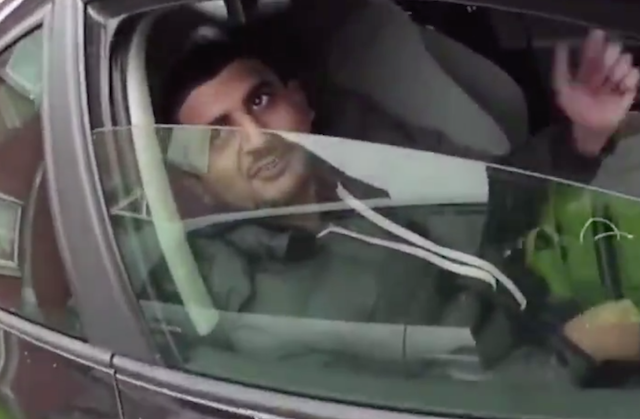 You won’t see where this is going.

I think almost everyone has probably smoked weed in someone’s car at some point in their life, but this video might make you think twice about ever doing it again.

Actually, it probably won’t unless you’re an absolute psychopath like the guy who gets caught getting blazed by the cops. No spoilers but his reaction is completely mental and the whole video is really crazy. Let’s go!

on the one hand, it’s mad that the police did all this over a guy smoking a spliff. on the other it’s hands down the funniest thing i’ve seen all week.pic.twitter.com/ufEimIuOEA

Lol what the actual fuck? Surely all that was going to happen to him smoking weed was that it would get confiscated and he would get a warning, so why the hell did he try and run the policeman over like that? What an absolute helmet.

I suppose he could maybe have been a dealer so might have been facing a slightly longer punishment if they searched his vehicle, but either way it’s still a completely ridiculous reaction to being asked if he was smoking weed. Smethwick hey.

For more of the same, check out this guy who led police on a high speed chase whilst teaching his dog to drive. Lol.