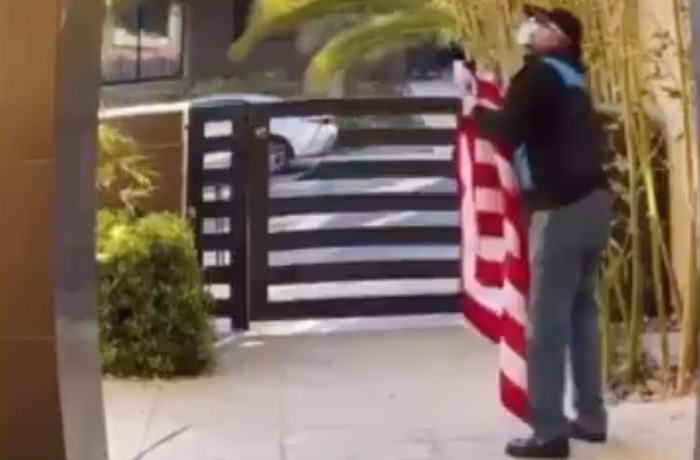 I don’t think I’ve featured a video that has made me laugh as much as this one in quite a while, so strap on in and enjoy the ride.

The caap is only just over a minute long but it’s just the last few seconds that truly made me crack up – you need to see all of it to make that final reveal worth it though. I’ve probably already said too much so just dive in and enjoy it:

Lol. There’s no way that that can be real is there? Everything about it is just so deliberately poignant – the old, injured man who has to deliver Amazon parcels now to earn a living who still has nothing but love and respect for his country, come on now – that it seems like it’s the American equivalent of one of those adverts we have over here for a building society or a bank. Give me a break.

For more of the same, check out when this woman received death threats after urinating on the American flag. Can kinda understand why that might happen to be fair.