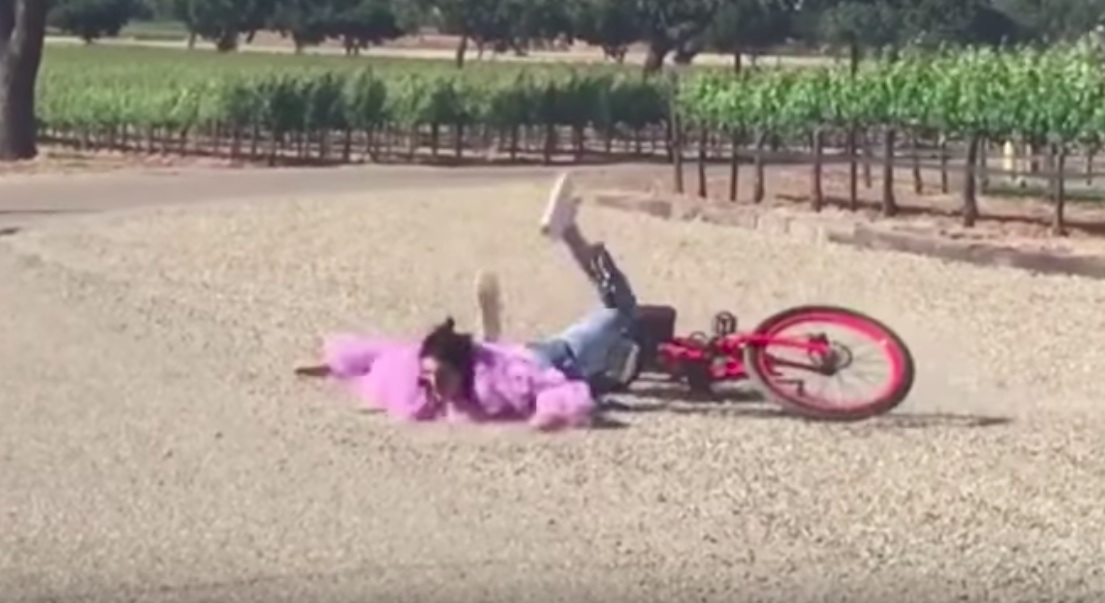 We’ve got a lot to worry about at the moment. Yes, we might live in the first world, but with the upcoming general election and impending worry of World War Three, sometimes we just need a little cheering up.

Thankfully, we’ve got just the thing for you – a video of the vacuous Kardashian spawn Kendall Jenner falling off a bike and face planting the floor. Enjoy:

OK, so I kind of wish that her face had planted just a little bit harder. That would be her career over. But I guess it will have to do for now.

To be honest, she’s probably just glad that she’s managed to not piss off an entire group of people. First it was the ballet community, then pretty much every racial minority/activist in the world. I wonder who it’s going to be next…