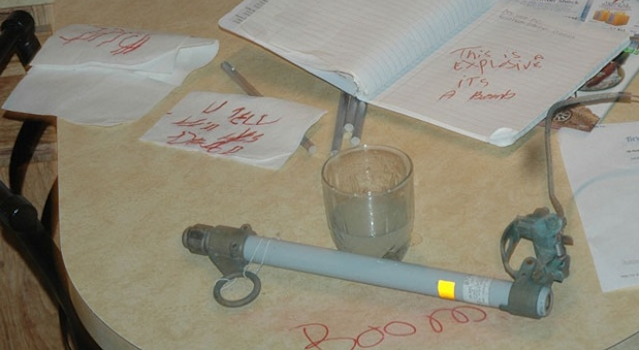 This isn’t exactly how to deal with an argument in a mature and responsible way.

Florida is fast becoming as weird as Russia with the amount of dumb stories we’re posting about stuff that is going on down there these days, and this story is no different.

Randolph Smith is one of the most horrible names I’ve ever encountered and it sounds like the face fits the name as last week he got so angry with his wife that he decided to try and hoax her by leaving a fake bomb on the kitchen counter. Real mature response there dude.

The ‘bomb’ itself is what you can see in the picture above – the grey pipe with a wire sticking out of which doesn’t really look like a bomb at all – but fortunately Randolph had thought to leave a bunch of handwritten notes around it indicating that it was some kind of explosive device. These included such literary classics as ‘This is explosive. A bomb.’ which doesn’t really leave anything to the imagination.

Randolph’s wife called the police who sent over a bomb disposal squad who verified that the device didn’t have anything explosive in it. Phew. They then tracked down Randolph at a local Burger King and arrested him on charges of ‘aggravated assault with a deadly weapon, planting a hoax bomb and resisting arrest without violence’. Looks like they’ve pretty much got him dead to rights. His wife said that they were going through a divorce because he was a prick.

â˜› More Bombs: US Atomic Bomb Tested on US Troops 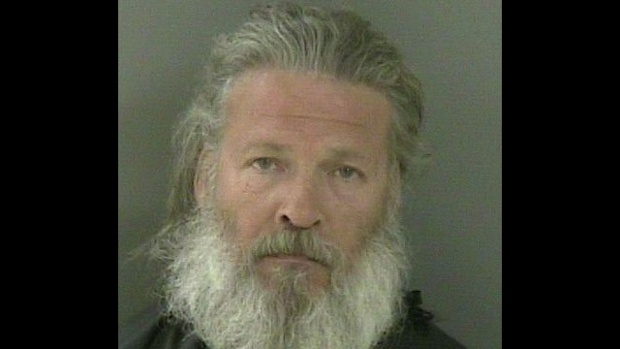