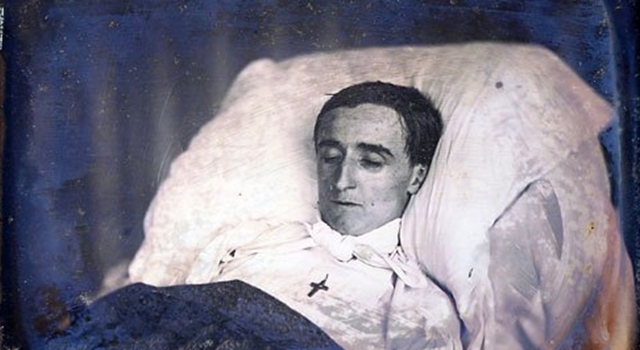 When photography was invented, people wanted lasting memories of their loved ones. Even if they’d just died. Here’s a collection of post-mortem snaps for you.

When I think of Victorian Britain I always imagine it to be a dark, oppressive, creepy place. I’m sure there was plenty of laughter and joy along the way, but when I cast my imagination back to the Victorians there’s nothing in my brain but misery. Images flood in of Scrooge and Tiny Tim, poor houses and thick pea-souper fog. Thoughts of surgery without anesthesia, freak shows and Jack the Ripper abound.

This collection of post-mortem, pre-funeral Victorian photos fits the bill perfectly, it’s probably the bleakest set of pics I’ve seen for quite some time. They’re not bleak just because of the subject matter, but because of the inferred sorrow and the horror movie colouration.

When cameras were first invented, it seemed like a good idea to use them to remember passed loved ones. It was an expensive thing to do back then, iPhones didn’t have cameras yet, so only the rich would be afforded the privilege of being photographed. 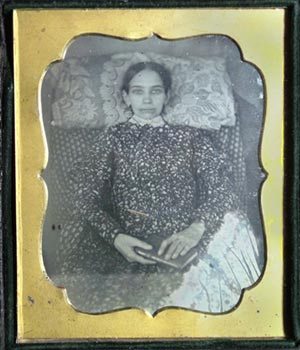 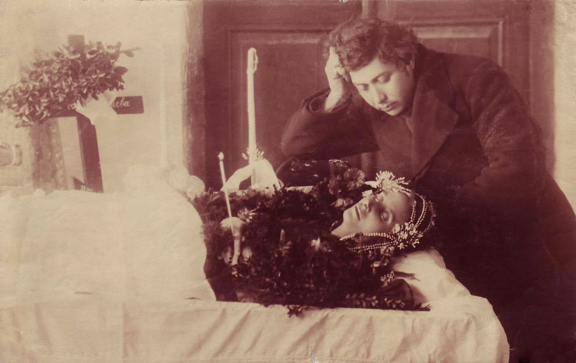 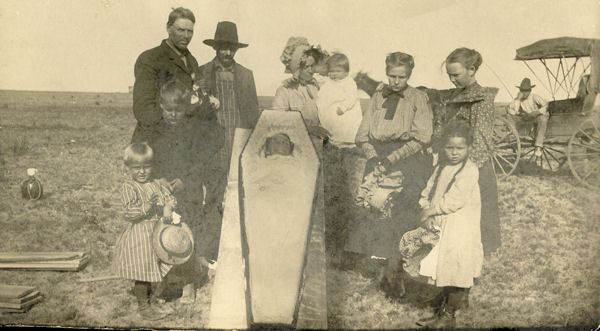 It sort of made sense to take a picture of a passed loved one, especially if you had no other pictures to remember them by. The middle class couldn’t afford portraits, so a photo was the next best thing.

â˜› Next: Dumb And Disturbing Deaths