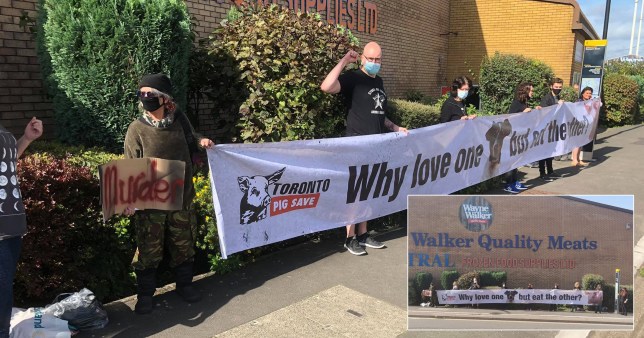 It seems like it’s been so long since we’ve written about vegan protesters doing anything due to the Coronavirus/lockdown situation we’ve all been faced with this year, but thankfully some of them have crawled out of the woodwork so we’ll at least have one before we head into the inevitable second lockdown.

We’re in Stoke-on-Trent of all places for this one where Stoke-on-Trent Animal Rights protesters (STAR) were holding a demonstration outside Wayne Walker Quality Meats in Longport on Saturday. Wayne Walker sounds like quite the character doesn’t he?

Anyway, members of STAR claim that they were taunted by the butchers at the beginning of the protest until hey eventually calmed down and had a civil conversation with them, but things really kicked off after a car drove past them and started filming them, before returning and throwing a bunch of KFC chicken legs at them. 22 year old Bradley Shaw had this to say about the incident: 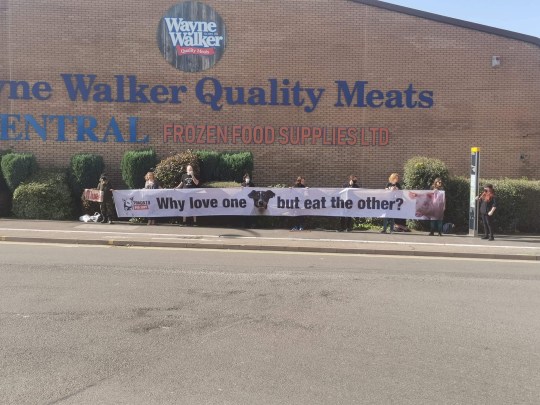 At one point a car went around the roundabout and we were hit by a chicken leg. There’s a KFC just up the road so I think they had seen us and gone there and decided to taunt us.

We could see their mates filming in the car and hear them shouting and laughing. They just think it’s a bit of fun to have a go at a vegan.

I’m used to getting ridiculed for being a vegan. It’s a controversial topic.

Meh, this isn’t really that much of a big deal I don’t think, just a couple of idiots mocking people for beliefs that are different to their own and given how much of that is going on about various topics all over the world right now – cough, masks, coronavirus – this seems relatively minor. Wayne Walker even said that they didn’t really have a problem with them protesting and if anything were thankful for the free publicity.

Just don’t be a dick and impose your beliefs on other people and you should be OK, which is what it seems was going on here, aside from the dickheads throwing chicken wings. Hopefully they get theirs relatively soon though.

For more of the same, check out some vegan protesters yelling at meat eating diners in Perth. That’s not the way to do it.