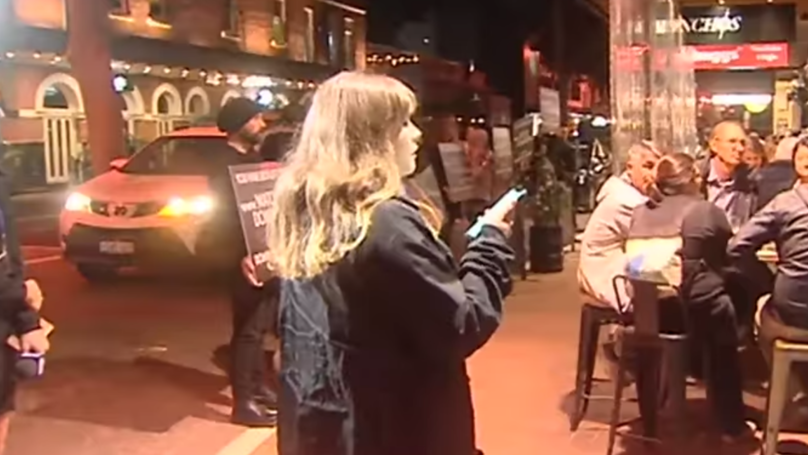 This really isn’t going to achieve anything.

Whilst I’m a meat eater, I’m all for veganism and people choosing to live a cruelty free life. What I’m not into though is militant vegans who think it’s a good idea to screw everything up for meat eaters whilst they’re trying to enjoy a nice meal out on a Saturday night. Those guys can fuck off.

Even though this is clearly a bad idea and isn’t going to ingratiate veganism into anyone’s lives, people still do it all the goddamn time. The latest video comes from Perth, where a group called Direct Action Everywhere decided to march on a restaurant in the suburb of Lederville with a massive screen and signs whilst people were trying to eat their hard earned dinner.

The protesters were showing the movie Dominion which highlights a lot of the cruel practices that go on in factory farms and the equivalent. Whilst it probably is important that people understand this, I don’t really think they’re going to appreciate it during their dinner – it’s just not the time or place and is just gonna annoy everyone.

The protesters also decided that they were gonna yell at all of the diners about what happened in slaughterhouses too. They also obviously filmed the whole experience so other people can tune in and enjoy (??) it. See what you think below:

Yeah, really can’t comprehend why they think filming that and putting it out on the internet is going to be well received, but there you go. Feel like they could be doing a lot more to promote veganism than acting like this.

For more of the same, check out some protesters eating raw liver in front of vegans. Useful.