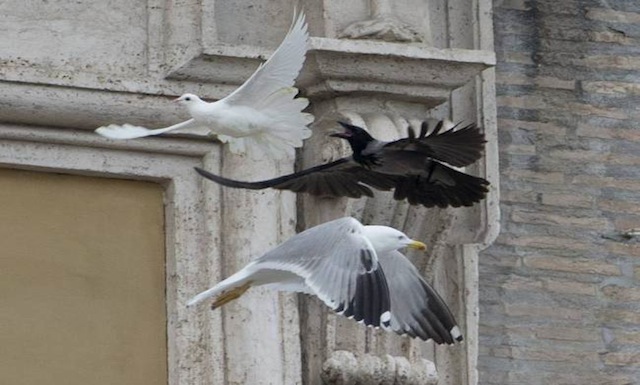 Two whites doves released by children alongside Pope Francis at St Peterâ€™s Square over the weekend were attacked in mid-flight by an angry seagull and vicious crow.

Two whites doves released by children alongside Pope Francis at St Peter’s Square over the weekend were attacked in mid-flight by a crow and seagull tag team duo.

One of the birds managed to break free but lost a bunch of feathers during its escape, while the other one was seen being repeatedly pecked at by the crow as they both vanished into the distance.

The doves had been released into the sky as Pope Francis appealed for peace in Ukraine following the violent anti-government protests (get the lowdown on that here.)

No one knows for sure the fate of the doves, but it wasn’t the most promising of visuals, symbolically speaking. 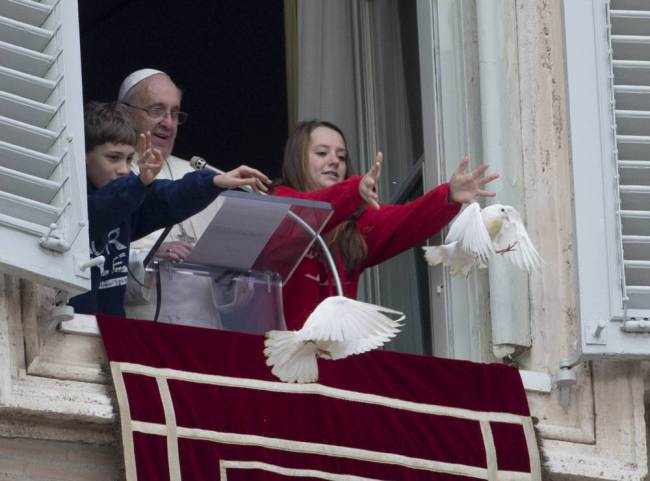 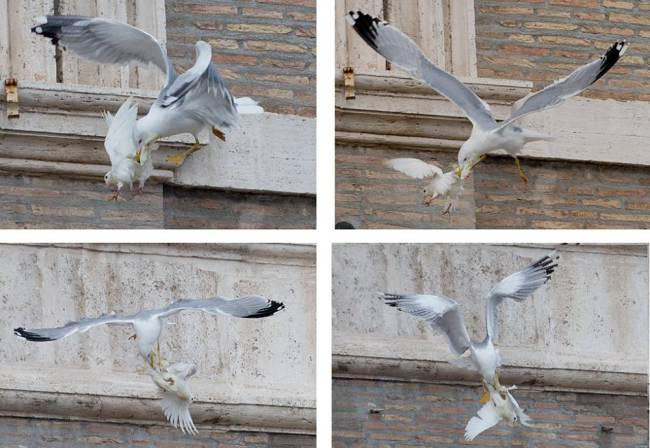