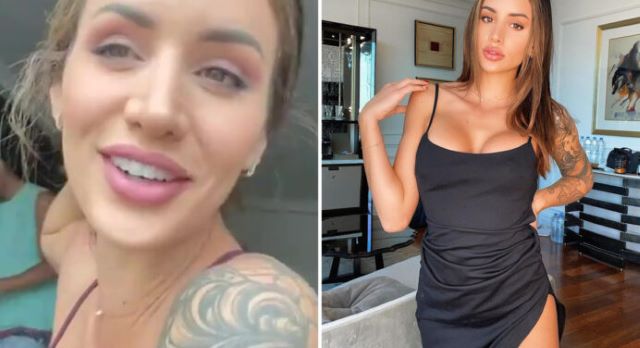 Bernard Tomic’s girlfriend is complaining that she has to wash her own hair during quarantine.

Long story short – the Australia Open is an absolute shit show at the moment after American tennis player Tennys Sandgren was cleared to fly to Australia last week despite testing positive for COVID-19.

The rest of the 1,000+ players, coaches, families, etc headed over with a few extra passengers testing positive for the virus on those flights as well.

This forced Tennis Australia to implement a strict 14-day quarantine for anyone on those flights, which means with the tournament set to kick off in 20 days, the players can’t leave their hotel rooms for 2 weeks! Not ideal.

On the plus side, Australia is obviously taking the situation very seriously (the locals are understandably going nuts about the whole thing). That hasn’t stopped the 70+ players and their families from complaining about their conditions though, including Bernard Tomic’s girlfriend Vanessa Sierra.

You can catch her particular grievance at around the 55 second mark:

The tone of the coverage down under… #AusOpenpic.twitter.com/vDrHKaGw2K

Wow, now that’s how you know you’re being oppressed under lockdown restrictions. Not being able to wash her own hair!? That is a bloody travesty if I’ve ever heard one. And not even because she doesn’t have any shampoo or a hair dryer. It’s because washing her own hair is just something Vanessa Sierra does not do! Really unfair to expect her to start now that she’s being held in 14-day quarantine. What are they going to ask from her next? That she wipe her own arse?

To make matters worse, Vanessa has apparently been receiving death threats because people are so outraged by her petty complaints. She addressed this with a statement earlier:

Bernard Tomic’s girlfriend is not pleased with the treatment she got from that 7 News story last night. pic.twitter.com/ACvJ0YYhGB

Well, whatever came out of her mouth during that clip, it’s obviously not cool that she’s receiving death threats over it. I mean death threats are clearly nothing compared to the horrors of having to wash your own hair, but still not cool in the slightest.

As for boyfriend Bernard Tomic, I somehow doubt he’s got too many complaints about being locked up with Vanessa for 2 weeks before the tournament… mama mia!