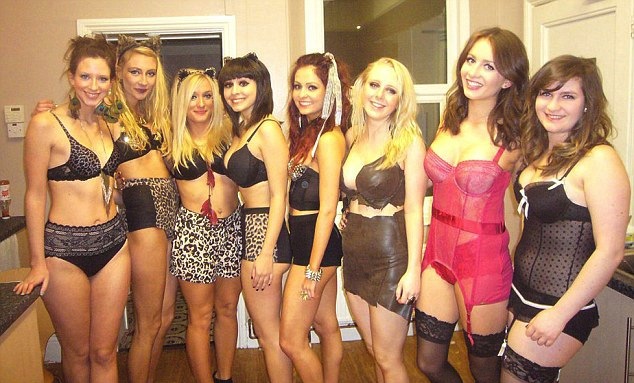 Amazing. Student Beans actually runs some kind of survey which has enabled them to determine which university within the United Kingdom has the most sex. In fact, it’s not just determining which university has the most sex, it actually ranks all the universities in order. I don’t know how they determine this – other than by just asking people who attend said university but SURELY everyone is going to lie when asked how many people they’ve had sex with (both girls and guys – remember the rule of three in American Pie?) – but it seems like they’re pretty proud of it and they see it as a legitimate authoritative list.

You can check out the full list below but let’s take a couple of minutes to talk about the winners first, and also just how much more promiscuous people seem to have been this year as opposed to last year. Last year, the University Of Roehampton picked up the dubious honour, with the average student having 6.32 sexual partners since they rolled in on the first day of school, whenever that was. Amazingly though, a score of 6.32 this year wouldn’t even place you in the top ten and the gong goes to Brighton University with a whopping 10.59 sexual partners. That place is a slutty town though so it isn’t that surprising.

I don’t know how the hell the huge increase in promiscuity that seems to have occurred nationwide has happened (oh wait, yeah I do – people are lying about how many people they’ve slept with) or whether it’s a good thing (probably not because being young dumb and full of cum isn’t a good look for anyone really) but it seems like it’s got no signs of stopping and it’s probably going to affect a whole bunch of university’s intake levels next year. If it goes up again at this rate then the winners next year will have slept with around 17 people during their university time which is actually kind of gross when you actually stop and think about it for a second, especially now that I’m slightly older.

If you’re finishing sixth form though and you’re heading to Brighton, Chester, Southampton Solent, Liverpool Hope, London QM or Essex next year though it looks like you’ve got a good chance of getting some and you’re probably going to be buzzing when you see these results. It’s just a shame that almost all of those places and universities completely suck though – still you probably won’t notice as you’ll be too busy sleeping with everyone else there to even notice. Just make sure you’re careful though because you really don’t wanna be knocking anyone up or getting an STD.

If you’re heading to Bath or the University of Bedforshire though you should probably start planning on visiting your friends at other universities ASAP.