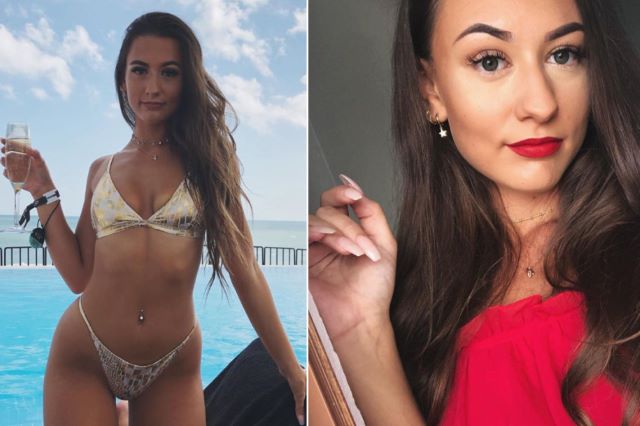 Lottie Fellows, a 20-year-old student at the University of Bath, has raked in over £45,000 this year by sharing ‘sexy’ videos of herself whispering online.

The clips, which are said to trigger Autonomous Sensory Meridian Response (ASMR), have exploded in popularity over the last few years, due to fans saying the videos and audio provide a soothing, tingling sensation. She told the NY Post:

My mum had heard about [ASMR] on the radio and suggested it to me after I’d been struggling with mental health and sleep.

I remember looking it up on YouTube and initially thinking it was the weirdest and funniest thing. After watching it for a few minutes, I then realised that it was a massively relaxing feeling that I had always experienced but didn’t know exactly what it was. I have been hooked ever since.

With over 170,000 subscribers on YouTube, Lottie understands that at least some of the appeal is sexual. Although she’d rather it wasn’t seen that way:

I can understand why slow whispering or the words ‘role play’ can be misinterpreted as being sexual, and there are some female creators who show a bit of cleavage to get more views.

It frustrates me because, without giving it a chance, people can easily dismiss ASMR as weird and sexual when actually it seriously helps so many people.

Hmm. I wonder if Lottie may be underestimating the sexual aspect of ASMR just a little bit? I mean just get a load of her Instagram for a second…

Is it any wonder why a gal like Lottie can make £45,000 a year by whispering online and some creepy fat bloke (for example) doing the same thing can’t?

Ultimately though, I agree with her that the majority of people who watch ASMR don’t do it for sexual reasons. I mean if you’re wanking off to the sounds of a stranger whispering about giving you a haircut, then you’ve probably got some problems:

Having said that, it makes sense that people would prefer to consume this content featuring a hot girl rather than some gross dude whispering in their ears.

Here’s the most popular video on her channel, in case you were wondering:

For more booming business, meet the cam girls that have been raking it in massively during the pandemic.