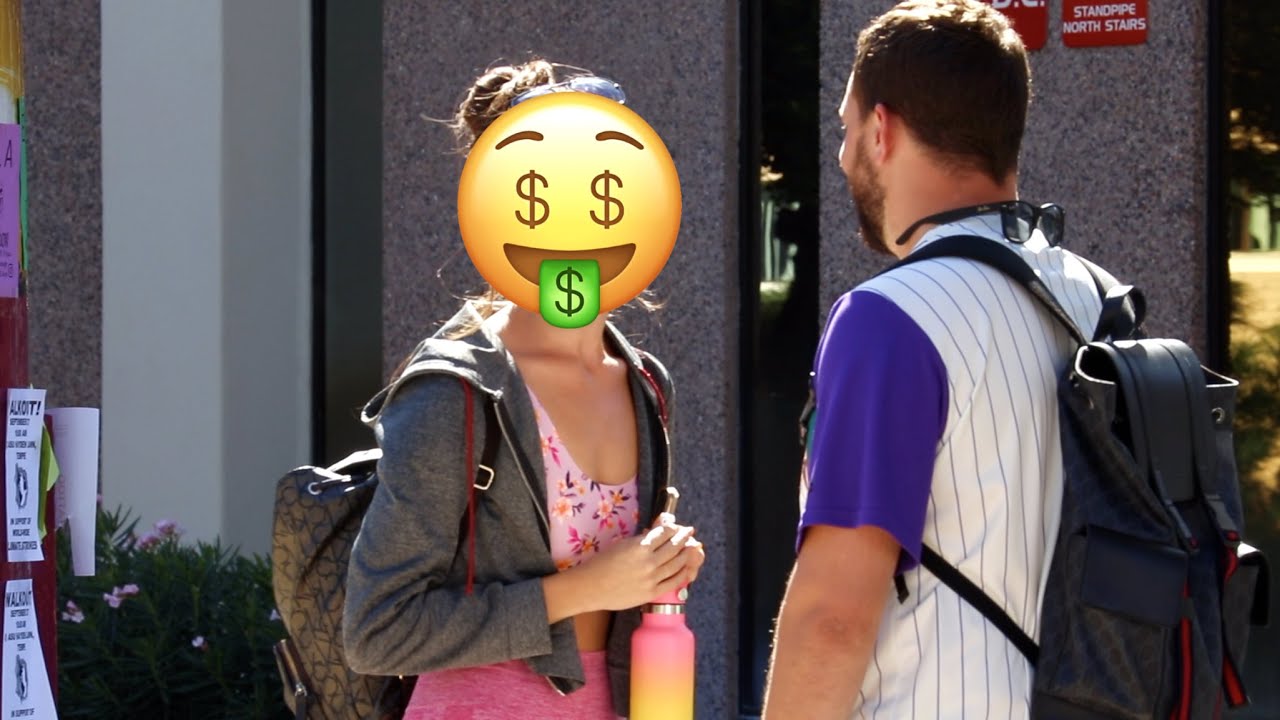 There’s loads of YouTubers making serious $$$ these days by going around campuses and pranking students, but probably one of the better and more original content creators is BigDawsTV, who has over 6 million subscribers and is smashing it so hard that he routinely gives out free iPhones, consoles and clothing to random people on the street.

Anyway, this week he’s gone around a uni campus offering girls $1000 to break up with their boyfriends. Most of them turn it down, but a whole bunch of them are tempted, with one girl negotiating the rate up to $20,000 before actually dumping her boyfriend on camera. What a pro:

Enlightening stuff. I mean to be fair $20,000 is a lot of money for anyone let alone a student and it doesn’t sound like she was dating her boyfriend for that long so it’s pretty much a no-brainer if you think about it. Especially when the guy who just gave you $20,000 is telling you straight up that he’s a living, breathing ATM machine.

P.S. Just realised we shared one of Big Daws’s videos way back in 2014 when he dressed up as a giant nerd and went rapping in the hood. What a joker.