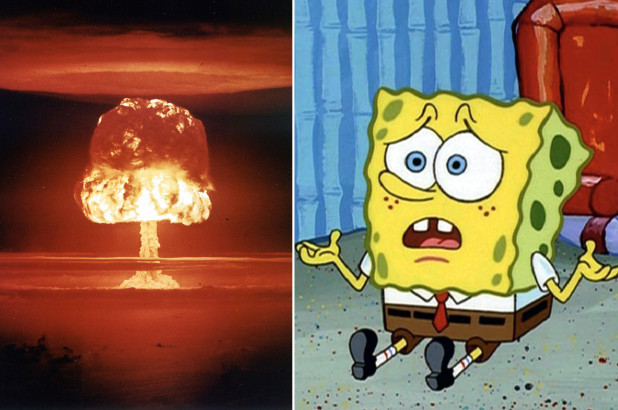 Spongebob Squarepants was a little after my time so I’m not going to pretend to be an expert, but from what I have seen, it looks like a dumb and innocent enough cartoon for kids and stoners.

A professor has branded SpongeBob SquarePants a “violent and racist” series that “whitewashes US military rampages”.

Writing in an academic journal, University of Washington anthropology professor Holly M. Barker drew parallels between the children’s cartoon and the past use of the Marshall Islands for American nuclear testing.

Bikini Atoll and a number of its neighbouring islands remain too contaminated for habitation today.

One fan theory has it that SpongeBob and his collection of weird and wonderful friends are the result of mutations caused by radiation on Bikini Atoll above them.

Barker’s article appeared in journal The Contemporary Pacific: A Journal of Island Affairs under the title “Unsettling SpongeBob And The Legacies Of Violence On Bikini Bottom”.

Not gonna lie, I kinda like that theory. I don’t see how it makes Spongbob violent or racist or a whitewasher but it would be pretty cool if Spongebob and his buddies were the result of radioactive mutations.

“Billions of people around the globe are well-acquainted with SpongeBob Squarepants and the antics of the title character and his friends on Bikini Bottom,” she wrote.

“By the same token, there is an absence of public discourse about the whitewashing of violent American military activities through SpongeBob’s occupation and reclaiming of the bottom of Bikini Atoll’s lagoon.

“SpongeBob Squarepants and his friends play a role in normalizing the settler colonial takings of indigenous lands while erasing the ancestral Bikinian people from their nonfictional homeland.”

Imaging actually believing and writing this seriously – in an academic journal no less! And getting paid to teach it to uni students! I honestly can’t imagine what life experiences someone would need to have to adopt the mentality it takes to genuinely believe all that.

She adds that: “The detonations do not cause concern for the characters, as they did for the Bikinians, nor do they compromise SpongeBob’s frequent activities, like visiting hamburger joints or the beach with friends.”

That’s… because… they’re…. made up… cartoon… characters. Spongebob is a literal sponge.

Everything is a bloody appropriation, cultural and otherwise. Who cares? 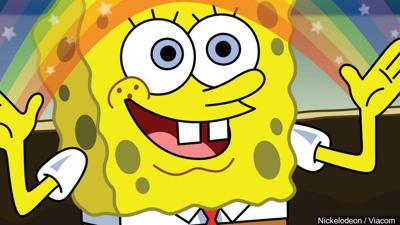 Really is amazing to know that there’s so many of these bonkers academics employed by universities these days filling young people’s heads with stupid conspiracy theories about cartoons being racist, oppressive and whatnot. Not even sure if they believe this shit themselves or if they’re just looking to score ‘woke’ points from their fellow academics. Might as well just go learn a trade at this rate – it will probably pay you more too and you won’t be left £30,000 in debt.

For the last time Spongebob was accused of being racist after sending out a ‘questionable’ Tweet, click HERE. Sigh…