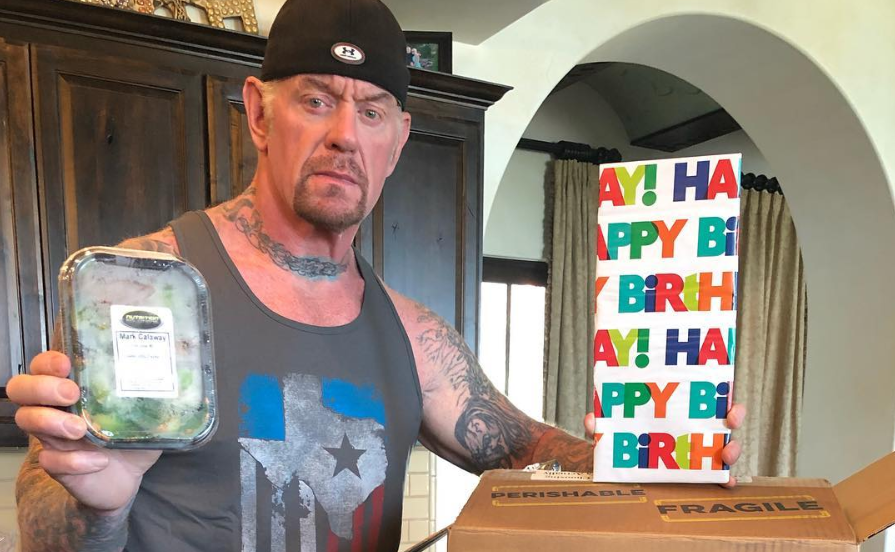 We already know that The Undertaker, the most terrifying man in pro wrestling history, joined Instagram a few years back.

That was bad enough, but it appears the Deadman has now gone all in on the IG life and is selling nutrition products on Instagram like a million other Instagram models who you can’t get away from.

Just look at this shit:

I mean this isn’t how the Undertaker’s story is supposed to end, is it? He should have just gone completely quiet and only showed up to Wrestlemania once a year to do his Deadman routine like he’s been doing. But instead, like many before him, it appears Undertaker has been corrupted by social media and now it’s impossible to see him in the same way again.

I don’t even know how anyone can enjoy wrestling anymore in 2019. Imagine Undertaker shows up at Wrestlemania looking like he wants to chokeslam and Tombstone someone. Mate, we just saw you the other day selling ‘Nutrition Solutions’ on Instagram and posing with a leafy salad.

For the time John Cena got a boner after the Undertaker Tombstoned him.