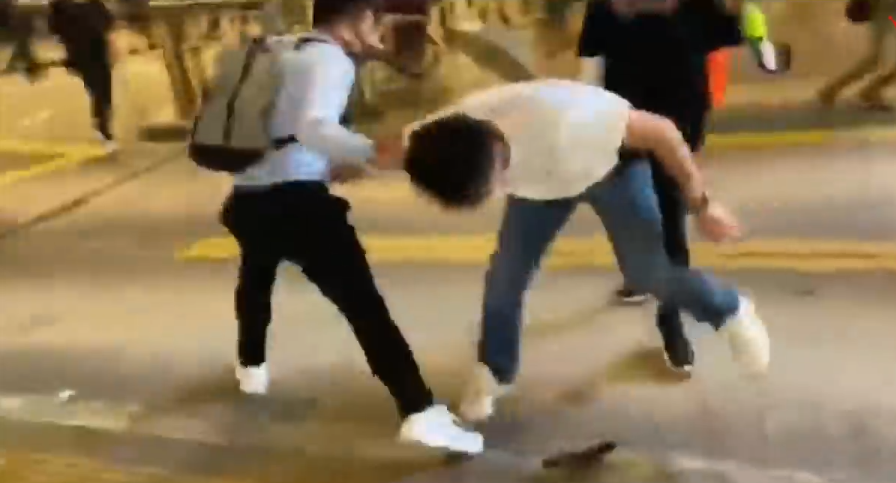 The anti-government protests in Hong Kong are STILL raging on five months after the announcement of a controversial plan that will allow criminal suspects in Hong Kong to be extradited to mainland China.

Credit to the protesters in Hong Kong – they’re not giving up without a fight, even after the government hired Triad gangsters to beat them up (they’ve even been battering female journalists).

This week, a group of protesters spotted an undercover policeman in their midst and surrounded his car. He steps outside and this happens:

Blimey. Have to admire that officer’s restraint because he had every reason to start shooting but instead took his arse kicking, which included getting firebombed twice, and got the hell out of there.

I don’t know how this situation between Hong Kong and mainland China is ever going to be resolved because clearly neither side is letting up. Let’s hope there’s not too many casualties in the meantime.

For the Triad gangster who got separated from his crew and ended up receiving the beating of a lifetime from a gang of protesters, click HERE.