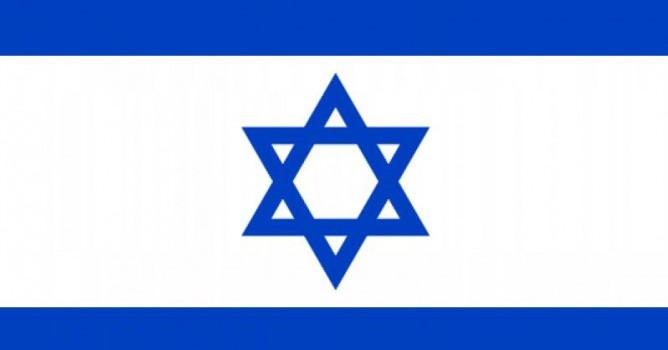 An Israeli academic has discovered that amongst Judaism’s ultra-orthodox community, sex has become something of a mystery…

Here in the western world, we’re bombarded with images of sex every day.

Advertising, TV shows, movies, books, board games – there’s no end to the rampant sexualisation of society.

Spare a thought, then, for the good people of the ultra-orthodox Jewish community in Israel, who are so sexually starved that a local sociologist has printed a guide that tells the sexually unaware just what they should be doing with their various orifices and organs on their wedding night.

â˜›  Most Of Us Know What This Is: Mars Rover Accidentally Draws Penis.

Dr. David Ribner trained as both a rabbi and a sociologist, and was alarmed to notice that many ultra-orthodox Jews were exposed to so little sex in any capacity that they basically didn’t understand how to do it at all.

Dr. Ribner says that, due to an education system strictly segregated along gender lines and a culture that all but prohibits physical touch between members of the opposite sex (you’re allowed to shake hands with blood female relatives, if you’re lucky), people are basically thrown into a locked room with an entirely alien being on their wedding night, and then expected to fuck it.*

The guide starts with the basics, like how male and female anatomy differs, and then moves on to more complicated stuff like where you should put various limbs during the actual process of sex. “Men: do not rest your forearms on her face and neck.” That sort of thing.

The book comes with a set of illustrations, contained in a sealed envelope, which gives the reader the option of throwing them away if they are too salacious. Spoilers: they‘re not.

The pictures are best described as “tasteful,” and more accurately described as “What the average clothes shop worker makes the mannequins do most nights for a laugh.”

It’s hard to fathom what it must be like to be this sexually unaware – the average spam e-mail folder contains at least a dozen invitations to view all manner of people doing things to each other, inanimate objects, animals, family members, and, for a nominal fee, you – but it’s still hard to shake the idea that this book is a little arrogant.

Let’s be honest: the ultra-orthodox community itself hasn’t died out. People are figuring out where to stick it, because no amount of temporary religious prudishness can stifle millions of years of evolutionary instinct.

What would really benefit the sexually baffled segments of Israeli socity is a little less dogma, a little more open discussion, and more frequent interaction with the opposite sex.

That way, we can push forward the ETA of the first ultra-orthodox woman’s orgasm by a good couple of decades.

â˜› For Our Less Experienced Readers: Lady Parts – A History.

*Sick Chripse’s choice of words, not his.