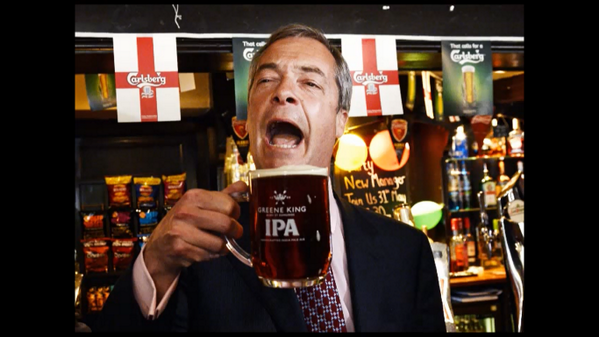 Still not as offensive as anything made by Iggy Azalea.

Mike Reid the former Radio 1 DJ has released a disgustingly distasteful ‘Calypso’ song in favour of the party we love to hate UKIP.

If you thought the UKIP voter that called into LBC radio was embarrassing trust me you ain’t heard nothing yet. If writing a song for UKIP isn’t bad enough, the fact that Mike Reid is a middle-class white guy from Lancashire who puts on a faux Caribbean accent for the song, which is awfully ignorant and shows the sort of people who back UKIP, those who think the odd racist joke here and there is okay, when really it isn’t.

Hear the song in it’s entirety below, sadly comments have been disabled but a thumbs down is enough for the moment.

The lyrics are almost as shoddy as the photo-shopped image in which Nigel Farage (a man who is the embodiment of chewing tin foil) is standing grinning like a cabbage patch kid who’s just found two Haribos stuck together in a bag of sweets in front of number 10 Downing Street, with things like ‘leaders committed a cardinal sin, opened the borders and let them all in’ and ‘Oh yes, when we take charge, and the new prime minister is Farage, we can trade with the world again — when Nigel is at No 10.’

Someone really needs to strap Mike Reid down play him this video on loop for a thousand hours and make him see what a load of bollocks this song really is.