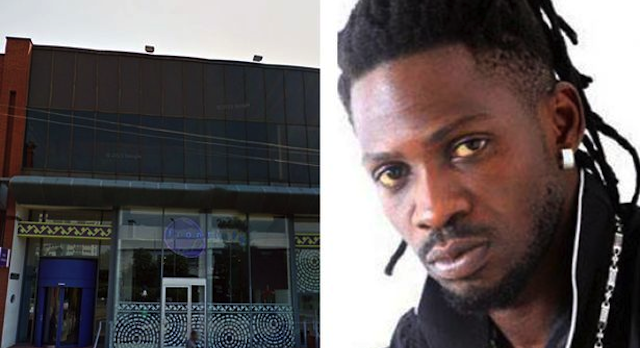 ‘God created Adam and Eve, not Adam and Steve’

A Ugandan rapper known as Ugandan Wine or Bobi Wine (real name Robert Kyagulanyi) has been banned from appearing at a venue in Birmingham thanks to his homophobic lyrics, which include such delights as ‘all Ugandans get behind me and fight the Batty Man.’ He clearly supports the views of the Ugandan President, who claimed that humans can’t be gay because cows aren’t gay. Right.

Ugandan Wine had been due to appear at The Drum is Aston as part of a concert staged by the Ugandan drama and music troupe known as The Ebonies. Venue manager Charles Small stressed that the venue had no knowledge that Bobi would be taking part  in the event or of his lyrics before the concert was booked, and that The Drum did not condone his beliefs. He had this to say:

‘Bobi Wine’s appearance and beliefs conflicts with The Drum ethical and equal opportunity policy. The Drum will not tolerate or condone any homophobic sentiments and lyrics at any time.

‘And if an artist or individual was found to be in breach of our rules while on stage or in the building the show or performance would be terminated and persons ejected from the building. We are willing to let the show continue but only if there is a guarantee that there is no homophobic or racist content within it.’

Ugandan Wine himself though was clearly unhappy with this situation, offering the following comeback, which kind of sounds like a bad rap battle reply:

‘I know people will be opposed to me, and I’ve been banned from other countries because of my ideology of fighting gay people. I’m proud to be fighting for the family and the culture.

‘Uganda does not support or allow gay people. God created Adam and Eve, not Adam and Steve.’

Despite sounding and looking like a complete idiot, Ugandan Wine is surprisingly (or should that be unsurprisingly considering where we’re talking about) somewhat of a superstar over in Uganda, where he stars in a Keeping Up With The Kardashians style TV show. Jesus.

In it, he was once seen penning the lyrics: ‘If you’re a man, you better be a man. If you’re a girl, you better stay a girl. Burn all the batty man.’ He sounds like he’s a really talented rapper from that sure, but even so I’m kind of glad he won’t be showing up over here. We can only hope the same can be said of his TV show.

Big up Birmingham in any case, just like Usain Bolt said.