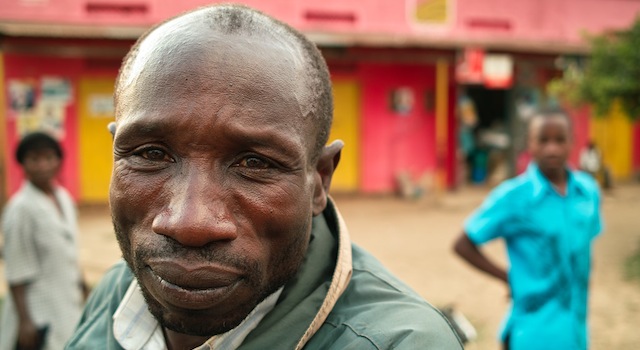 “Some youth are complaining that the condoms they are being given, some of them are too short, their organs can’t fit in them.”

To be honest the fact that a condom is too small for you might sound like a nice problem to have, but over in Uganda it’s actually a really massive one because it’s one of the main reasons for the spread of AIDS according to politician Tom Aza. At least someone is talking some sense over there after their First Lady said humans can’t be gay because cows can’t be gay.

Some men have bigger sexual organs and therefore should be considered for bigger condoms.

When it comes to action, when they’re having sexual activity, of course with the pressure, it bursts.

Some youth are complaining that the condoms they are being given, some of them are too short, their organs can’t fit in them.

The size issue is exposing our younger boys and girls, and all those users of condoms, to the acquiring of HIV and AIDS.

The MP said that he would push for better condom supplies and bigger sizes. AIDS is a growing problem in Uganda although things are nowhere near as bad as they were in 1992 when 18% of the country was infected with the disease. The rate has increased to 7.2% now from 6.4 in 2005 and there are concerns that the condom size issue is responsible for this. Currently 1.8 million people live in the country with AIDS and 80,000 people a year are dying.

I guess it’s statistics like that that explain why this white woman who caught AIDS didn’t think that white people could catch the disease. Or maybe that’s just because she’s completely stupid.