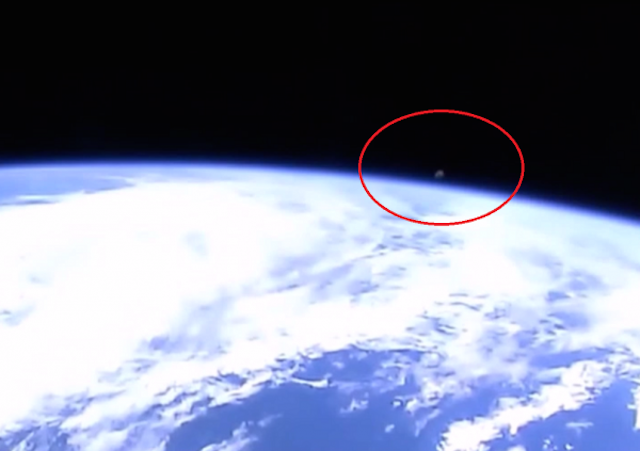 NASA is being accused by conspiracy theorists of trying to cover up the existence of alien life by cutting the live feed on the International Space Station when a UFO appeared in it.

UFO watcher Streetcap1 recorded a video of the live feed from the station, in which you can clearly see a mysterious object appear on the horizon before the stream is interrupted for 10-15 seconds. The feed is then switched back on, but it’s a different camera coming from the space station. The naysayers are arguing that it could be the moon or something on the lens cap but are those really viable alternatives? And how convenient is it that the feed was interrupted when it came into play?

The YouTuber – who is clearly a bit of a conspiracy theorist – has uploaded another video of the moon from the ISS to prove that it isn’t. Other wackos are arguing that it might be the US testing some new weapons technology, but either way that still makes it a UFO. And you really can’t take the fact that the feed died at the exact right moment as a coincidence either. Anybody got any ideas?

One things for sure though – these UFO cults will be buzzing about it.