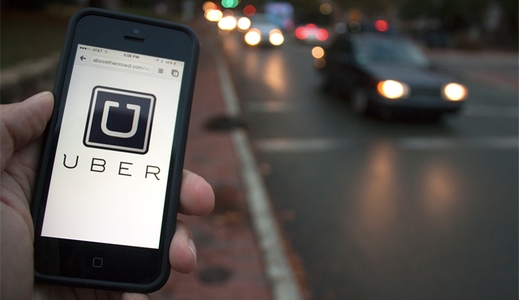 You just don’t snitch on your Uber driver.

You never know who’s going to show up as your Uber driver, but a lot of the time driving people from A to B is something they do on the side for extra cash.

One guy who grabbed an Uber recently found out that his driver also hustles coke, and as you do in 2015 took the story to Twitter, where eventually Uber got wind of the situation: 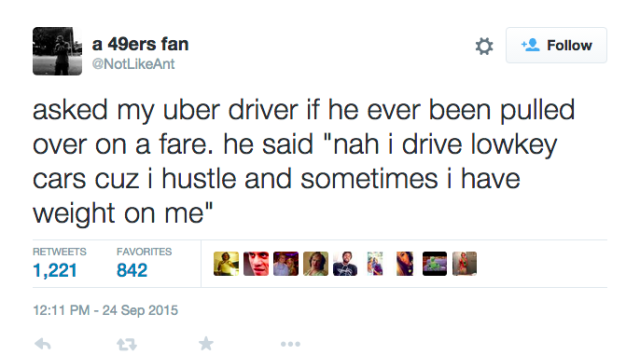 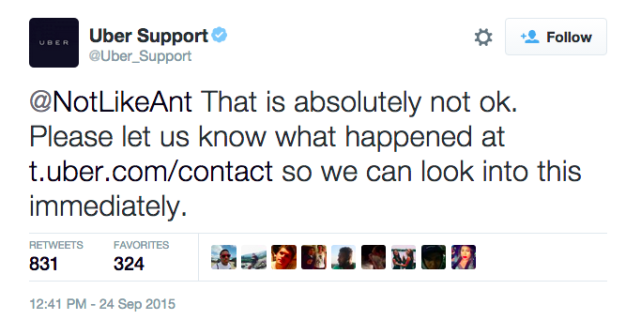 Fair enough I think? You don’t just snitch on your Uber driver like he didn’t just drive you somewhere for substantially lower than a regular taxi would have. I mean yeah maybe it’s a bit dodgy riding around with someone who’s got a shit load of coke stashed somewhere in the car. Maybe it’s also incredibly stupid of the driver to openly discuss it with a passenger. But at the same time maybe the passenger ended up taking his number down and had himself a hell of a weekend? Your own personal Uber driver / coke dealer = winning.

P.S. My Uber rating is a 5 so I know what I’m talking about:

You can find out your own Uber rating HERE, if you don’t already know how.