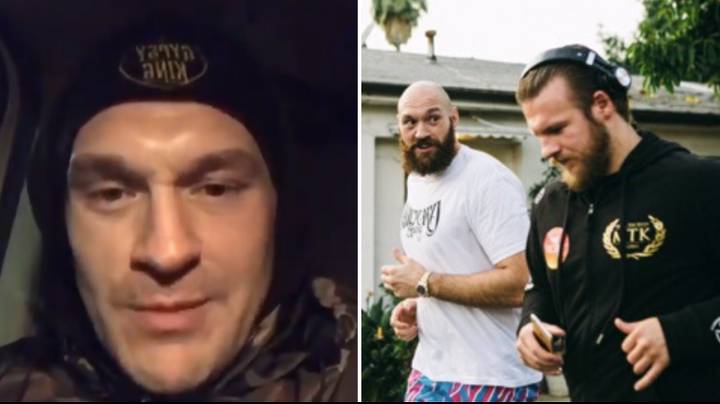 It’s amazing how years ago Tyson Fury was one of the most disliked public figures out there and how he’s managed to win everyone over in recent years by acknowledging his extreme drug and alcohol use at the time and campaigning and speaking openly about mental health.

Well Tyson proved this week that he’s not all talk when it comes to tackling mental health issues, after revealing he saved the life of a stranger who turned up at his door saying he was going to kill himself.

Like I said it’s amazing how Tyson Fury managed to turn it all around after being such an obnoxious scumbag all those years. All anyone has to do is listen to his interview with Joe Rogan from about a year ago and you’ll see what a genuine and gracious dude he really is.

The whole thing is about as real as it gets and well worth a watch if you can find the time. Seems as though Tyson Fury’s secret to beating depression and coping with mental health is to exercise and set goals for yourself.

Not to mention have a good old sing-song now and again:

He’s already conquered boxing and WWE, is an appearance in the UFC next? In fact he’s already started MMA training and he looks terrifying.