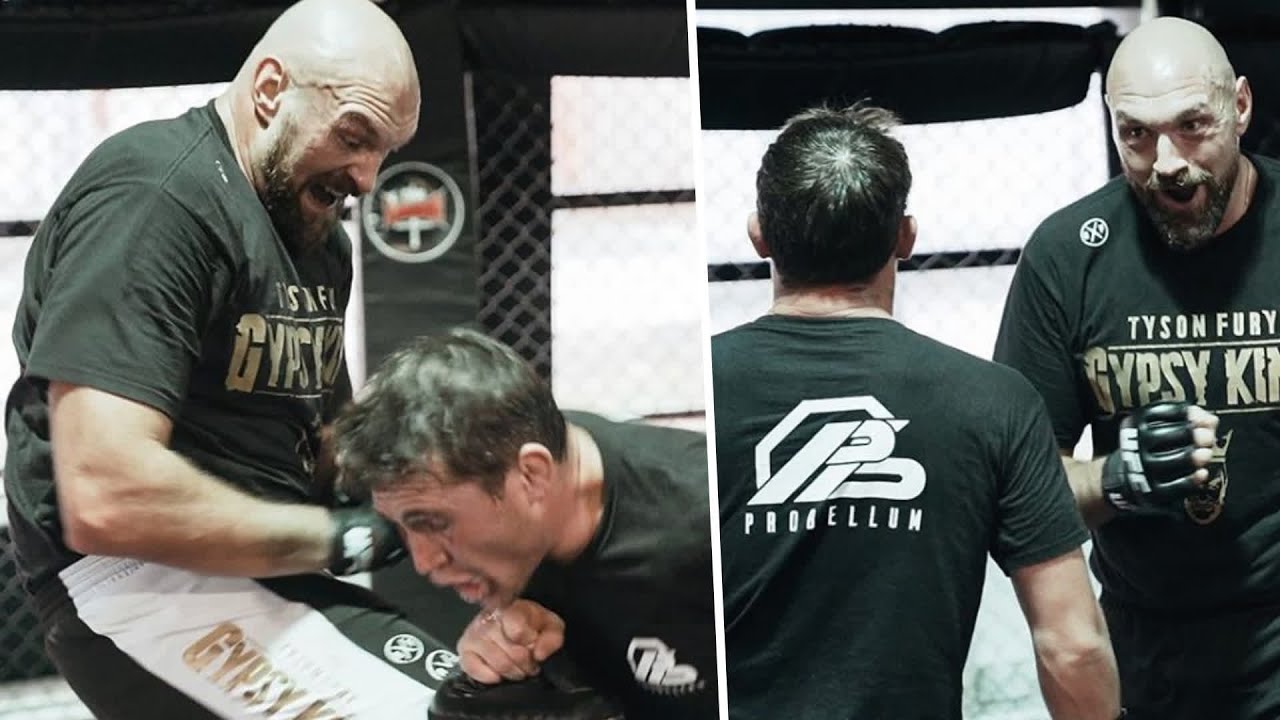 Tyson Fury has been teasing a move into MMA for a while now since conquering the worlds of boxing and professional wrestling, and it looks like he’s already started training for his first potential UFC showdown.

This weekend he started working on some basics with UFC middleweight Darren Till and to be fair, he looks pretty scary. A bit slow – but I’m pretty sure those elbow strikes would take anyone out:

For sure the best thing Dana White could do for Tyson Fury’s first UFC fight would be to feed him an absolute loser who he could destroy and put on an exhibition of what he’s learnt so far. Maybe someone like CM Punk?

Although it doesn’t seem like Dana White has much faith in Tyson Fury when it comes to MMA:

Dana White on Tyson Fury attempting MMA: “I don’t think it ends well for him” pic.twitter.com/LKKSUSnug5

He did register his interest once he saw the above footage though:

Could it really happen? Fury obviously has insane power and boxing skills and it would be interesting to eventually see that up against someone with decent takedown skills and ground game. The only thing that sucks about this is that it looks like the Fury/Wilder rematch probably won’t happen. But hey, you know that anything Tyson Fury gets involved with is going to be entertaining.

For example – his outrageously expensive and lavish entrance for his WWE fight the other week. What a don.