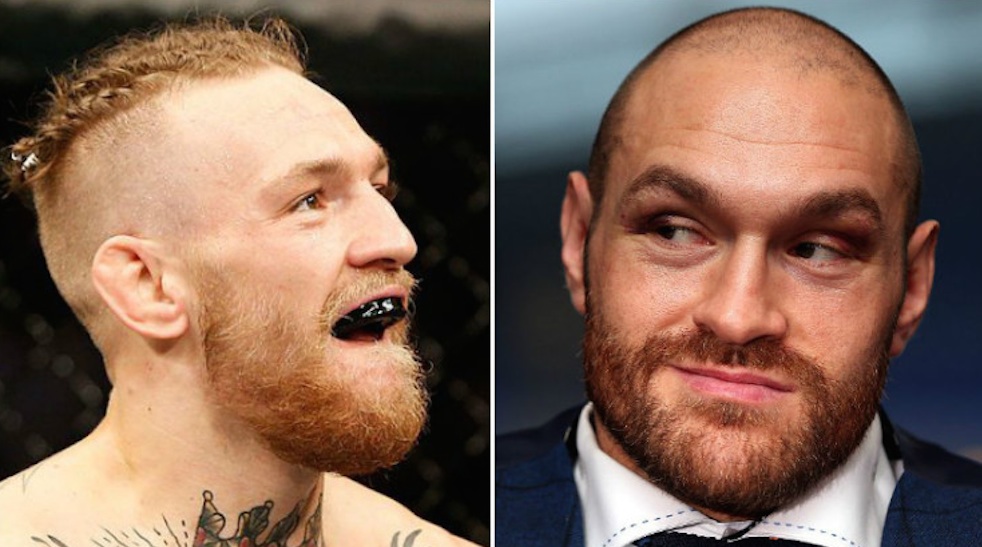 He’s never one to mince his words is he?

The MMA world was rocked on Saturday night when Conor McGregor tapped out out in the second round of his fight against Nate Diaz. Diaz proved to be more than McGregor is used to handling and punched him up good and proper before applying the choke and forcing him to tap out.

Following the result, despite the fact that McGregor was pretty humble about it, all of his critics came out onto the internet and decided to absolutely rinse him for tapping out. One of these was controversial boxer Tyson Fury, who offered the following typically unusual analysis of the sport, that pretty much just makes him sound like a dickhead really:

The fighting pride of Ireland would not of tapped out so easy @TheNotoriousMMA I would of went sleep first. There can only be 1Tyson fury.

If a man talks the bizo then go and back it up, if I say a thing I fu..ing do it. #Gypsyking.

MMA is bull shit, gets hard tap out, boxing is the Ultimate combat sport. Where 2 proper fighters stand up & fight. #sweetscience

Well, there you have it. I suppose being cocky comes with the territory in MMA and boxing, but I don’t really know why they all need to call each other out and call each other pussies when one of them loses. Say what you want about McGregor and his trash talking, but following the fight he was pretty humble about it and didn’t act like the dickhead that most people probably expected him to act like. Tyson Fury just comes across like a bit of dick here though by calling him out – I’m sure it will lead to another entertaining feud between the two of them where nothing will ever get solved because they’re never actually going to step into a ring and fight each other. Great.

This is the kind of stuff you expect from Fury though – remember when he went mental at David Haye on Twitter?