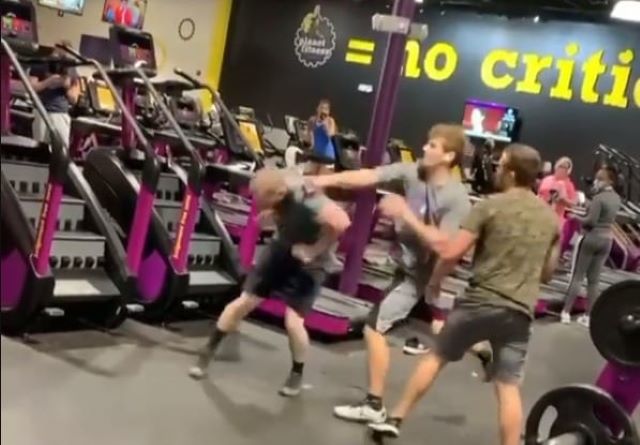 There’s not many things lamer than going into a 2-on-1 fight and failing to walk away with a clear victory, but these two students over in the States managed it at Planet Fitness last week.

Well, to be fair, they did land a few punches, but it’s such a lame fight that barely anyone in the gym even bats an eye over it. The “no critics” sign in the background makes it even funnier:

Would have guessed this was all over a machine (what else is there to get mad about at the gym?) but apparently not according to one of combatants who shared the backstory on Instagram: 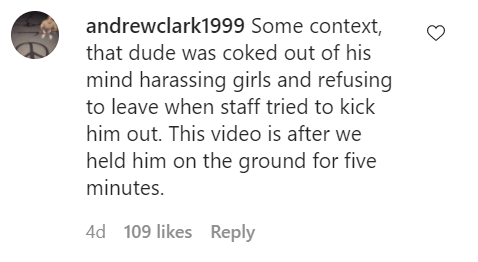 Well whatever the case, it was a pretty pathetic performance from every party. It was more like a confrontation that involved no meaningful blows than an actual fight. It’s like all 3 are having that dream where you’re physically unable to hurt people with punches.

Given the context I’d be rooting for the two students but I’d have also been happy with a double knockout just so that we can say we saw an actual scrap. Here’s a horrific video of a bodybuilder’s pec ripping clean off his chest to make up for it:

To watch an anti-masker dickhead make such a scene in a gym that he gets arrested, click HERE.