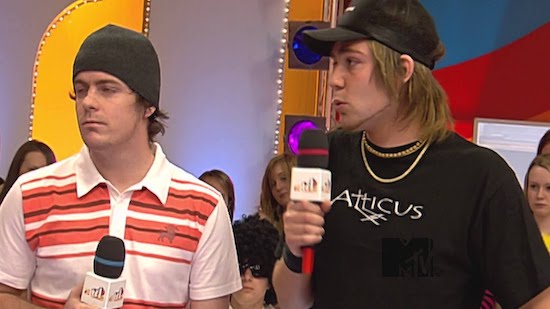 Fake it until you make it.

Everyone who has ever been involved with the music industry or has even seen a movie about it knows that it’s a slippery, slimy business, but this story about two Scottish rappers pretending to be American and hitting the big time is a great one for all the underdogs out there.

VICE made a real sweet documentary about it so just dive right in:

Wow. I mean if that doesn’t illustrate how stupid (and brutal) the music industry is then I don’t know what does, although I feel like there’s a hell of a lot of the story missed out of the last few minutes of that story.

The guy didn’t really explain how it all fell apart – did the lawyer ever tell the record label or what? – and it kinda makes me feel like the whole story might not have been real, although a quick look at their Wikipedia page does explain that this all happened in the early 00s which makes it sound like it’s more realistic.

My main problem with it was that it would have been easy to check up on them if it was more recent, but back then it was probably a lot easier to fake it. Crazy story – just wish he had gone more in depth into it. You can check out a book about it called ‘Straight Outta Scotland’ if you wanna know more though.

For more of the same, check out this story about women and men screwing dogs and becoming internet superstars. Turns out that was fake too.