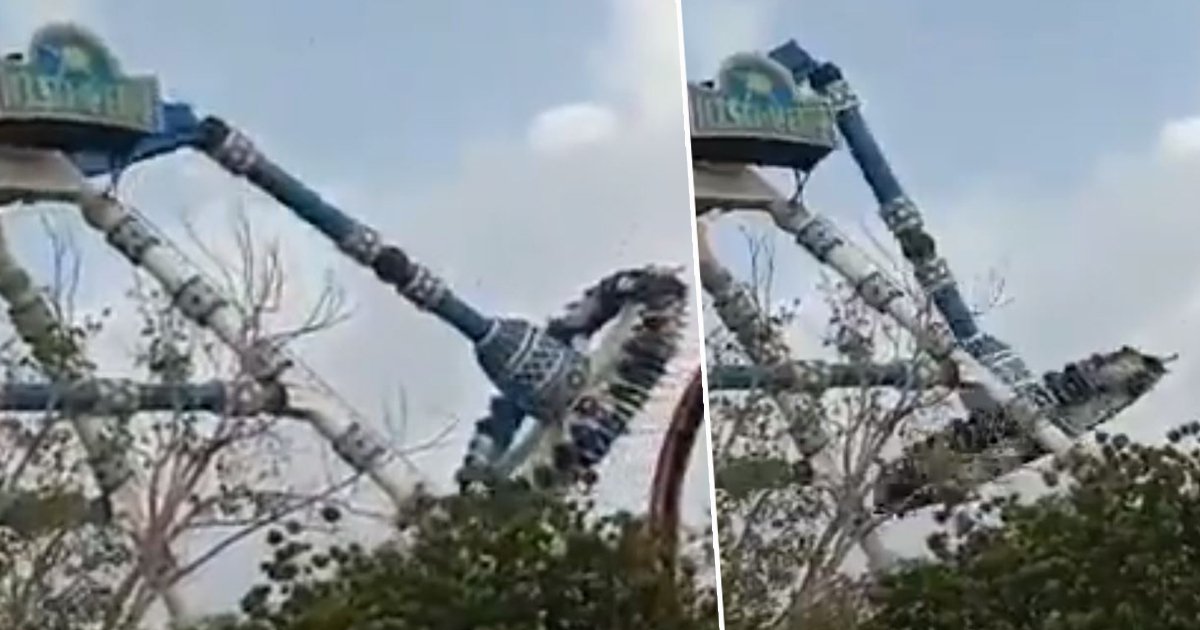 Part of the fun of going on a rollercoaster is that it’s utterly terrifying but you know that ultimately you’re going to be safe and not end up the victim of any physical harm.

At least that’s how it’s supposed to work out, but this unfortunately wasn’t the case over in  Kankaria Adventure ParkIn Ahmedabad where the Discovery pendulum ride broke in half and came crashing to the ground during the middle of a ride. Two people have been confirmed as dead and 26 more people are injured after the incident, which was captured on film below.

Obviously these scenes are pretty distressing and awful, so don’t watch this if that stuff is going to upset you:

Jesus. That just isn’t a vibe at all is it?

The two people confirmed as dead have been named as 24-year-old Manali Rajwadi, and 22-year-old Mohammad Javed. RIP. Investigators are currently looking into the park to see if they had the required licence to operate it and whether the maintenance of it was up to scratch. Can pretty much guarantee that both of those are going to come back negative considering what’s happen.

What makes this incident even stranger, is that something like this literally happened in an amusement park in Uzbekistan about a week ago. Maybe steer clear of those pendulum rides in the future if you’re visiting a country that doesn’t exactly have health and safety at the top of their list of priorities.