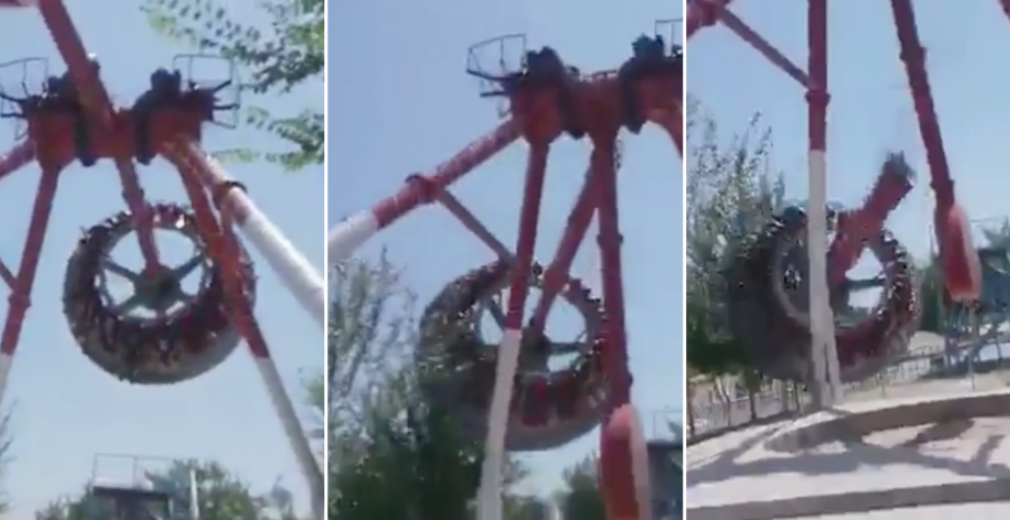 It’s pretty much everyone’s worst nightmare when a theme park ride breaks down and causes absolute chaos but fortunately it’s the kind of thing that you used to think would only happen in the movies and never in real life.

That all came crashing down when The Smiler crashed at Alton Towers a few years ago and an even bigger tragedy has occurred over in Uzbekistan on this ride, where it simply broke in half and tragically ended up crushing one poor woman to death. You can watch the footage below, but be warned because it’s pretty upsetting as the riders literally get completely crushed by a giant ride, although you don’t see the carnage because it’s kinda far away. Still, it’s pretty upsetting.

There aren’t too many details available about the aftermath of the ride in the city of Jizzakh, but it’s understood that at least one 19 year old girl died as a result of her injuries. No news on how many others were hurt in the crash, but it’s definitely making me think twice about going on any of those rides if I ever find myself in a former Soviet state. Probably would have done that anyway actually, so maybe think three or four times before going on it this time.

RIP to the teenager whos adly lost her life and our condolences to anyone else hurt. As for former Soviet Russia, you really need to sort yourselves out. Seriously.

For more of the same, check out these photos of some of the most disgusting hotels in the world. Some are in Uzbekistan.