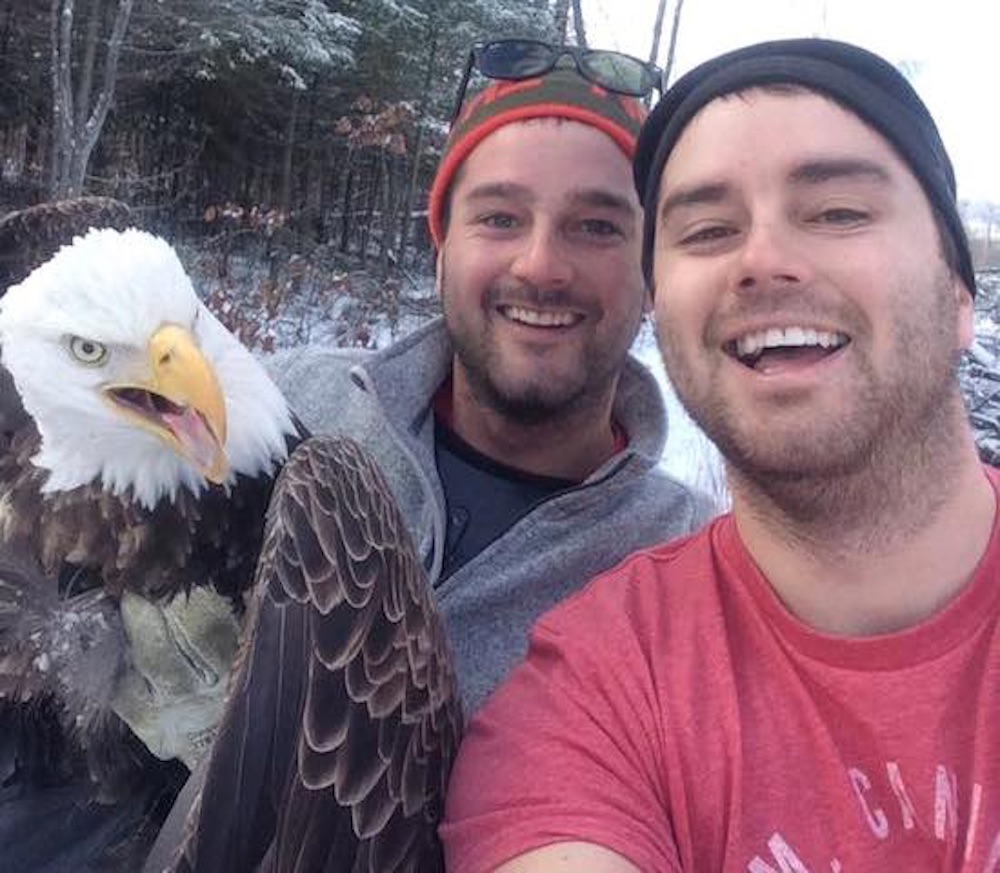 Two Canadian brothers from Sudbury, Ontario were hunting grouse in the woods this past weekend when they spotted a bald eagle who had its talon caught in a bear trap.

The pair realised that they had to try and set the bird free but found this easier said than done as whenever they got anywhere near it it would writhe around uncontrollably, making any chance of a rescue unlikely. Eventually Michael Fletcher decided to take off his coat and wrap it around the bird to stop it from shaking.

They were then able to free the talon from the trap and were also able to grab the amazing selfie you can see above before setting it free into the wild.

That’s a heartwarming story of people doing the right thing and getting an awesome reward for it. The video and photograph have already gone viral and you can see why because it really is a fantastic image. Fair play to the guys.

For more feels, check out this letter that basketball star Lebron James sent to a dying fan.