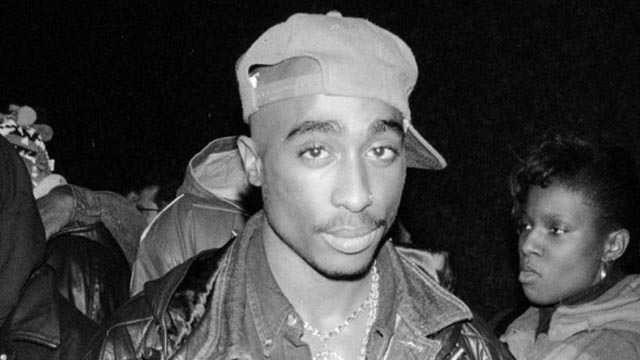 A police officer at the scene of Tupac’s death has revealed the last words the rap legend ever spoke.

The first policeman at the scene of Tupac’s 1996 drive-by murder has revealed the last words Pac ever spoke and they are glorious. Retired sergeant Chris Carroll announced earlier this week:

“He looked at me, and he took a breath to get the words out, and he opened his mouth. And the words came out: ‘Fuck you.’”

Beautiful. Does it get any more perfect than that? The guy is literally bleeding to death in Suge Knight’s car after being pumped full of bullets and he still has his cop-hating wits about him enough to tell a policeman to go fuck himself. Say what you will about Pac — he was disrespectful, obnoxious, pissed people off and glorified killing them, but you can’t say he didn’t know how to ensure a legacy, even as he was dying. Ensuring his last words were “fuck you” was a stroke of marketing genius and having the news leak now is going to increase the sales of his next album of unreleased material big time.

Is there a chance this police officer made the whole thing up? Of course there is, in fact that’s probably the more likely scenario. But who cares? From now on I’m going to believe that the last words Tupac ever spoke were “fuck you” and you should too, because it is just the perfect end to the Tupac story.

â˜› Tupac’s Back: Tupac Shakur Spotted In The Crowd At US Basketball Game