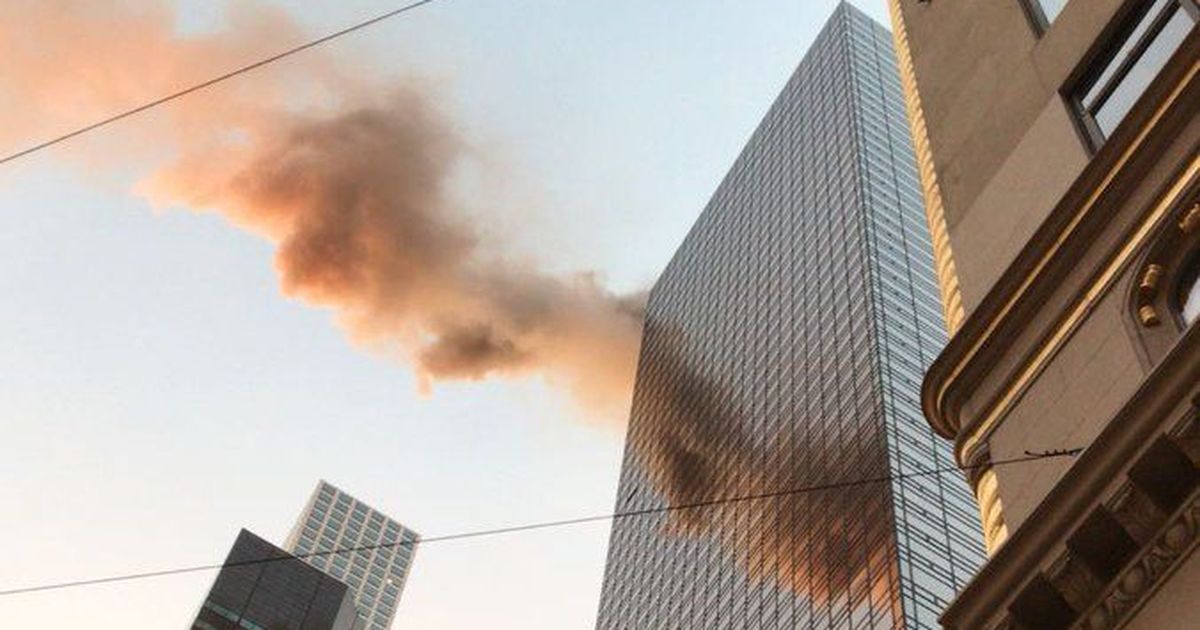 Unfortunately the President wasn’t in residence.

Just when you think Donald Trump’s presidency can’t get any more embarrassing, something happens like his figurehead building getting set on fire, despite the fact that the Secret Service is spending literally millions of dollars per year keeping it under surveillance and protection.

This is exactly what happened earlier this morning though, after smoke was seen billowing from the top of the building this morning at roughly 7:20am. Great start to the week for Trump.

Anyway, as you can see from the pictures and the videos on this page, it wasn’t exactly a towering inferno but it wasn’t a smalltime deal either. Take a look:

Trump Tower is on fire pic.twitter.com/qwUTAuBsEW

There is a small fire in an electrical box at Trump Tower. No injuries but some smoke pic.twitter.com/l7mvR3WfB2

When I read that Trump is to be interviewed by Mueller probe, and that the Trump Tower is on fire, I thought it was a lame joke:pic.twitter.com/aAjUEM2cmG

So Trump Tower NYC seems to be on fire… Photos courtesy of my Cousin. #trumptower pic.twitter.com/MGhoq9zfBB

Seems to be a fire at Trump Tower in midtown Manhattan pic.twitter.com/7gEEi2ONGf

Looks pretty serious to be fair. As Aaron Kuratsky says, it’s currently believed that the fire was caused by a small electrical outage on the roof and that no foul play is currently suspected. Firefights have currently knocked back the fire and are currently in the process of ensuring that it doesn’t spread to any other parts of the building.

One firefight was slightly injured and a civilian was was seriously injured as a result of the fire so it’s probably just going to be another source of embarrassment for Trump rather than a full on disaster for him. Hoping that the two people affected manage to recover swiftly though. He wasn’t present at Trump Tower either and was in Washington, so it’s doubtful that it effected him too much other than to make his administration look even stupider than it already did for allowing something like this to happen.

Classic – I suppose we’ll only have to wait a week until something even more ridiculous happens though. In the meantime, check out how Trump achieved his fantastic hairstyle. He’s really put a lot of effort in by the sounds of things.