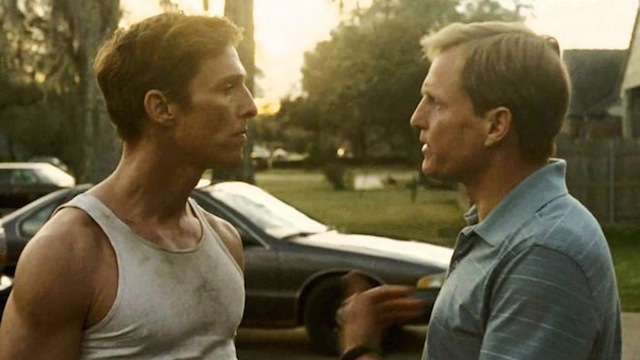 You need to get on the True Detective train right now because it’s the greatest show on TV since Breaking Bad.

A-list actors starring in TV dramas is what’s hot on the streets these days, and True Detective with Woody Harrellson and Matthew McConaughey is no exception. Woody is always awesome when he’s bringing his A-game (No Country For Old Men, Larry Flint) and McConaughey is actually pretty great too when he’s not doing shit chick flicks with Kate Hudson or whoever (Wolf of Wall St, A Time To Kill).

But yeah, True Detective is the bollocks. First episode’s a bit slow but it picks up quick and is now the most talked about TV show since Breaking Bad, and we all know the hype was real on that one. True Detective is basically about the intertwining lives of two detectives, Rust Cohle (McConaughey) and Martin Hart (Woody) as they hunt for a Louisiana serial killer in a time frame spanning 17 years. Amazing.

The end of episode 4 (where I’m at) is some of the most intense mind-blowing TV you’ll ever see in your life. One critic wrote “we might not see another sequence of such sustained tension on our TVs in 2014” and the man is absolutely right. You should definitely jump on the entire 8-episode first season right now.

Not to mention the mega fine Michelle Monaghan is in it:

â˜› The Pres Is All Over It: Barack Obama Requests Advance Episodes Of True Detective 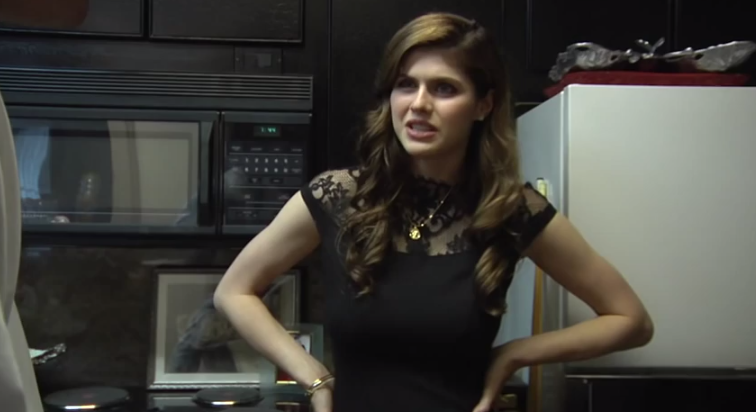 The intro is absolutely boss as well: