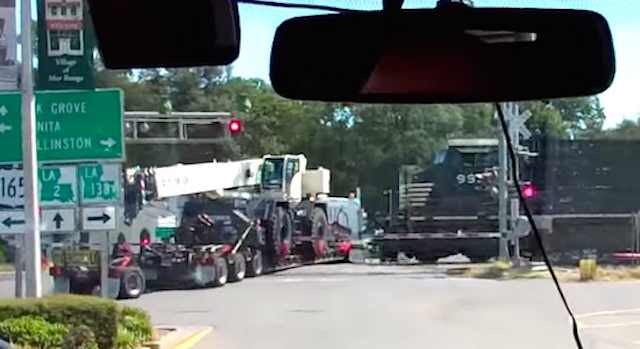 You can probably guess how this one ends.

This is the kind of thing you only ever see in movies or maybe on a TV show like Breaking Bad and the kind of thing I never really thought would happen in real life – I mean how can people be so dumb and machines be so crap that this would be allowed to happen? It does happen though as this CCTV footage of the Spanish rail disaster last year proves.

This train hauling a massive crane by some coincidence managed to break down on a level crossing. Again by a remarkable coincidence, a train that couldn’t stop at all was also headed towards the same level crossing and ended up smashing through it and slamming it clean in half. Boom.

Miraculously the driver of the truck was unharmed but some of the train engineers were injured. Needless to say, the truck or the crane never operated again.

Although this video is pretty out there, we can all agree that it isn’t really anything on the biggest explosions ever.