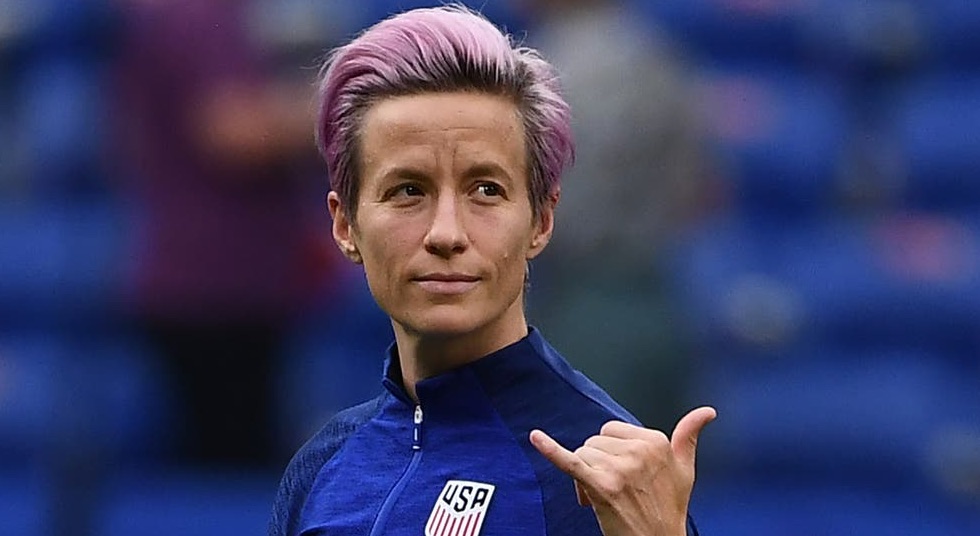 She didn’t even play most of the match.

I haven’t thought much about Megan Rapinoe since she absolutely dominated the Women’s World Cup a few years ago as USA romped to the title, but I didn’t think I would be writing about how her USA team was badly battered in the opening day of the Olympics, losing 3-0 to Sweden and ending their 44 game winning streak.

Rapinoe seems to be hated by at least 50% of her native country for her outspoken left wing views, anti Trump rhetoric and anti racist beliefs, so she was majorly targeted yet again by a bunch of reply guys following the loss. This is obviously nothing new and fairly pathetic from all the Twitter warriors, but the funniest thing about it is that Rapinoe didn’t even start the game and didn’t even come on until the 64th minute – makes that guy’s statistical takedown look very stupid, doesn’t it?

i’m not a huge fan of the olympic games but i root for america, naturally; however, seeing supreme narcissist megan rapinoe take a drubbing is utterly gratifying…https://t.co/uODxg7QAl9

Did any non-soccer fan even know the USWNT was in action today?

I hope Megan Rapinoe and her woke teammates lose every game.

Equal pay? Not in my book

I never thought I would say this about a USA team, but I hope they continue to loose! They (especially despicable Megan Rapinoe) have turned this team into biased, anti American radicals.

Megan Rapinoe is the WOAT. At least this loss wasn’t to a group of 15 year old boys this time. No way in hell Wanda from Fairly OddParents should make as much as male soccer players https://t.co/c5VpGkZ8WN

Wow. I know that people being dickheads and ripping into famous athletes on social media is nothing new, but it seems crazy that Megan Rapinoe is so hated that she can get annihilated when she barely even played in the match. I suppose it shouldn’t though as I write about stuff like this all the time – even so it’s nuts to see such vitriol.

Despite the fact that Sweden are kind of a bogey team for the USA, I still expect Rapinoe and the girls to qualify from the group and put up a strong fight in this tournament. Obviously I want team GB and Lucy Bronze and Ellen White to win, but I think after this backlash USA are sadly going to be my second team. Nobody should have to face this amount of crap for essentially trying to be a good person.

For more of the same, check out when people tried to cancel Rapinoe for this old tweet about Asians. Perhaps that one is fair.