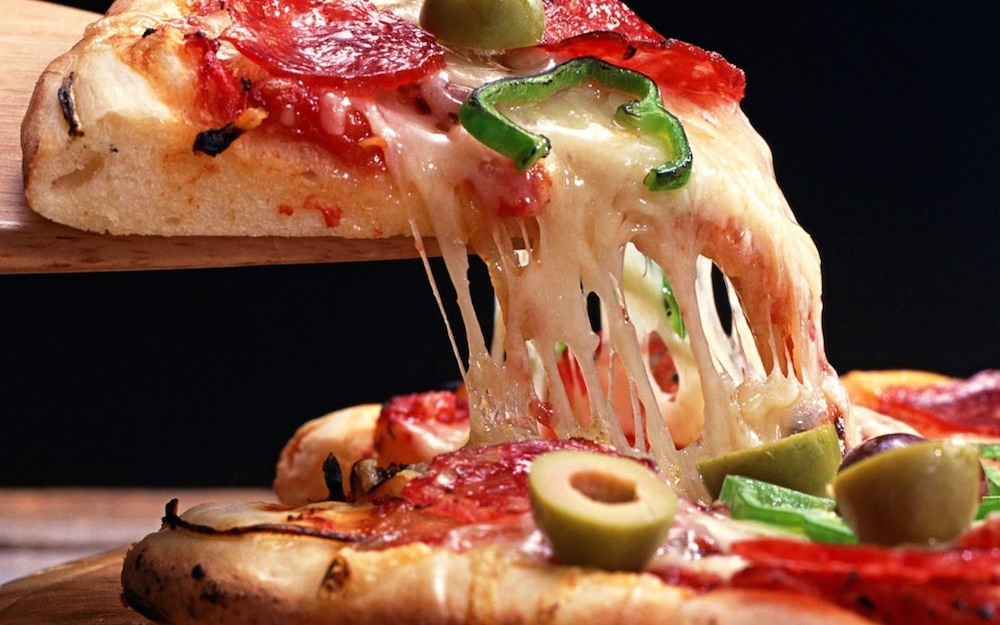 If you want to get less fat, do this.

I don’t know why you would do this or why someone would actually spend time researching the subject, but there’s actually a way that you can trick your brain into eating less pizza. Well, I suppose I do know why you would want to eat less pizza – so you get less fat, of course – but the fact is that pizza is delicious so nobody would actually WANT to stop eating it. It’s just a means to an end basically.

But here’s the tip. A study in the Journal of the Association for Consumer Research states that the bigger the table that you serve your pizza on, the less of it that you will end up eating. That’s because it tricks your brain into thinking that the slices are bigger than they actually are, so you end up feeling fuller quicker. Dynamite. 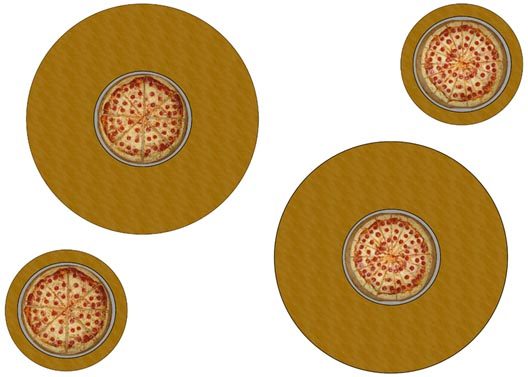 The study actually sounds legit. In it, they took four pizzas of the same size and placed them on four different sized tables like you can see above and sliced them into 8 slices. They found that on the smaller tables, people ate more slices because they were convinced the slices were smaller, whereas on the big table they ate less as they were convinced they were bigger. BUT THEY WERE ALL THE SAME SIZE THOUGH! Jesus – that brain huh?

So yeah, if you’re eating a lot of pizza and getting fat, the answer is simple. Go out and buy a bigger table. Or just forget about that and go make yourself a pizza waffle.