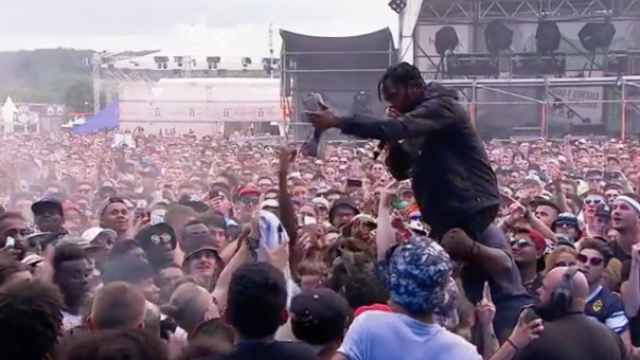 Following the brutal events that led to multiple deaths and hundreds of injuries at his Astroworld concert last Friday, Travis Scott put out a statement insisting that the wellbeing and safety of his fans is of the utmost importance to him.

Well, people have been digging up old Travis Scott concert footage, and let’s just say the results don’t quite back up that sentiment…

Well anyway, not a great look for Travis Scott or any of the morons who beat up a random kid on his command. I wonder if the lad was OK or if he tried to sue Travis Scott afterwards? Either way footage like this isn’t going to do the Houston rapper any favours in the court of public opinion, especially after witness reports that he continued performing last Friday while dead bodies were literally being stretchered out of the arena and incited fans to rush the stage in the first place. We’ll have to wait and see how the saga unfolds.