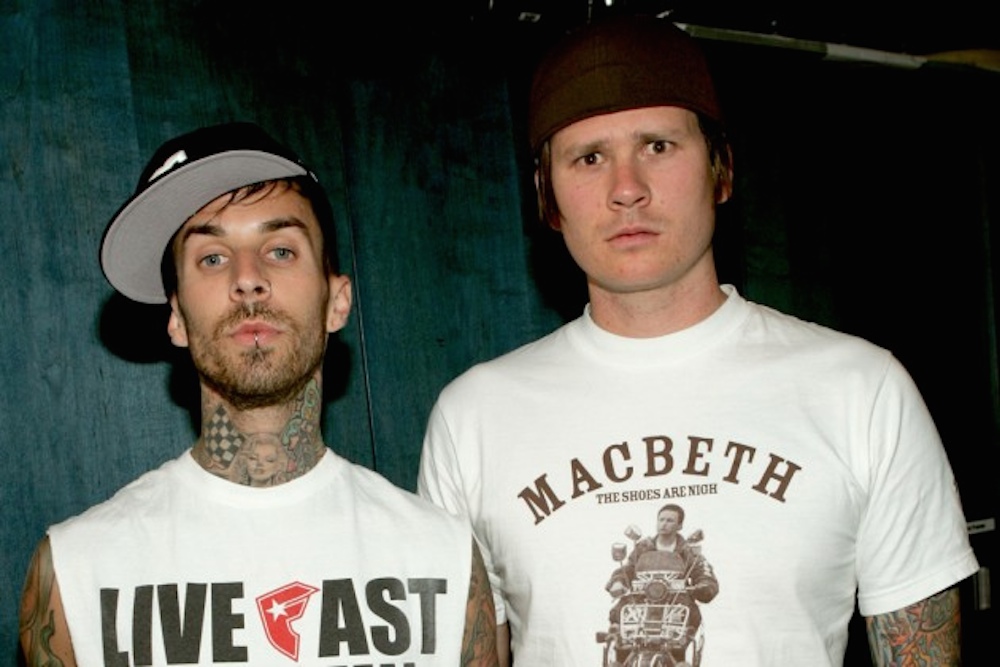 The dust from the massive Blink 182 fallout a month or so ago seemed to have fallen and everyone seemed to be going about their lives and getting on with whatever they wanted to be doing, but Travis Barker has just re-opened it with this interview he just performed with Alternative Nation.

Although he’s careful to state stuff like ‘there’s no bad blood between me and Tom Delonge’, there are a number of unsubtle veiled digs at him throughout the course of the interview, like when he says stuff like ‘this is the most we’ve ever practiced’, ‘I don’t think Tom likes punk anymore’; ‘There are harmonies that have never existed before’; ‘Matt Skiba can actually play guitar, it’s not all ProTools’; and that’s just the tip of the iceberg. The real big moment in the interview comes where he straight up comes out and says that Tom should man up and quit the band.

Although nobody would argue that Tom DeLonge is an absolutely terrible guitarist and singer – check out this video if you don’t believe us – it’s pretty bait for someone who’s played with him in a band for about 17 years off and on to come out and say it. It also sounds like Travis wants to make a record with Matt Skiba – and he’s actively encouraging Tom to quit the band throughout the interview – so it seems like this really could be the end for one of the most loved pop punk bands of all time, at least in their original incarnation.

You can read the entire interview below and clicking through the pages. 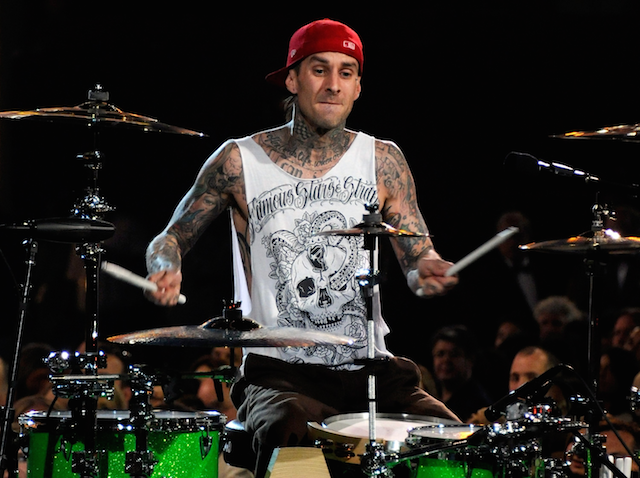 Since, I’m sure you’re a bit sick of explaining it, can you give the most summarized version of why and how Tom quit the band?

Travis Barker (drummer): Basically, we had shows and recording/rehearsal studios booked for the beginning of the year and the day before New Years’ Eve we got an email from Tom’s manager that said he is indefinitely taking a hiatus from the band and won’t be doing anything Blink-182 oriented for any amount of time. He said he won’t put a time frame on it. We already signed a record deal and advanced a show, so we just decided to play this one without Tom and with Matt Skiba [Alkaline Trio frontman]. That’s pretty much the jist of it.

When you heard from his manager, did this news come as a surprise or were there previous tensions between you guys?

Travis: I think this is the third time he’s quit without anyone knowing about it because we didn’t announce the other times. But this is just the last straw. It’s just not cool for the fans. He’d always agree to go on huge tours and record albums, but when it came down to going into the studio, he’d find some excuse not to. And we wouldn’t even hear from him, it would be his management. It comes to a point where you decide you’re not going to force anyone to do anything they don’t want to do and it’s time to move on.

As of now, are you on talking terms or is there bad blood between you two?

Travis: As far as I’m concerned, no bad blood from me. I wish him the best in everything he does. I think the right thing for him to do would just man up and quit the band instead of telling people he didn’t quit and just be real with the fans. I think that would give him some closure too and really do what he’s passionate about. Even amongst all the other projects I do, I can always find a way to prioritize and still be passionate about Blink-182 when it comes around. I love playing, listening, and everything about punk rock. It changed my life. I think for Tom, he doesn’t like punk music and it was a phase for him.

So you’re current touring frontman will be Alkaline Trio’s Matt Skiba. What is your past relationship with Matt and how are the rehearsals with him going so far?

Travis: Alkaline Trio toured with Blink-182 for awhile as an opener band. We are two weeks in to practice and he’s killing it. There’s harmonies that have never been sung. He’s actually playing the guitar instead of just Pro Tools. It’s just fresh blood and having someone that’s motivated and stoked to be there makes a world of difference. In general, Skiba has a really charming voice and it couldn’t be a better fit.