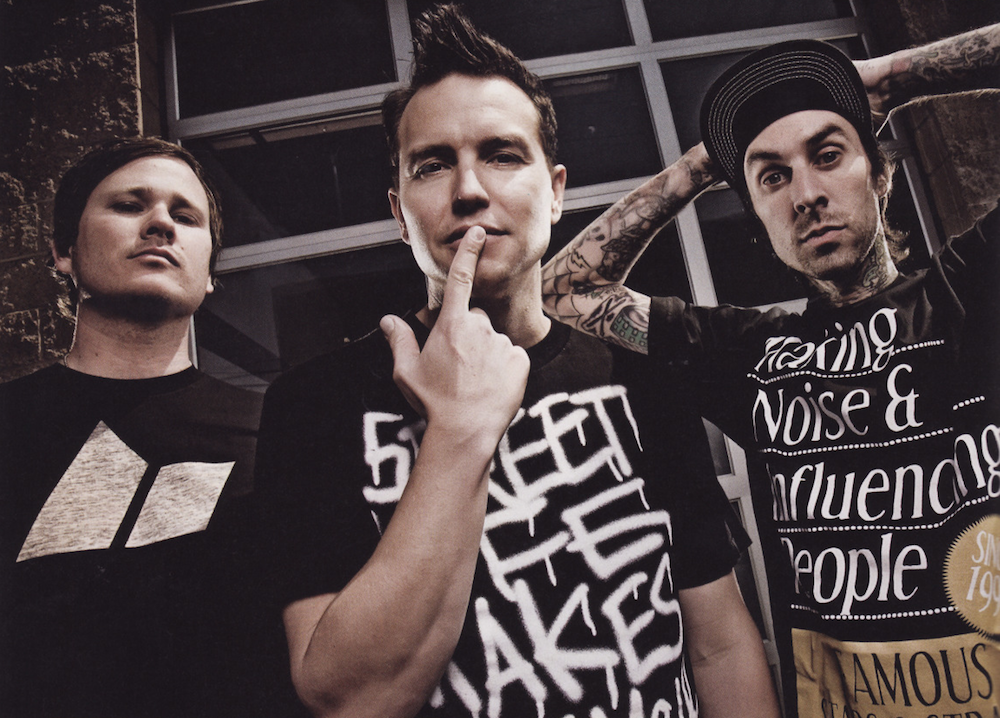 It’s all about the he says she says bullshit.

After Tom’s lengthy rebuttal of the accusations that the rest of Blink 182 had levelled at him this morning, as predicted another one of the members has come out to contradict them. As Tom DeLonge might say: ‘will this ever end?’

Probably not as it seems like all of them have a lot of baggage to get off their chests regarding each other, and they’re all desperate for it all to become public knowledge too. For what it’s worth, Mark is quite dignified in this interview with AltPress and doesn’t really rip Tom that much, he just explains a few of the details that Tom made in his statement and then goes on to talk about the future of Blink 182 with Matt Skiba, which is likely going to be terrible so nobody really knows why any of them are bothering with it. Oh yeah, that paycheque at the end of it all.

Expect to hear from Travis Barker or Tom DeLonge by tomorrow. Here’s the interview in full: 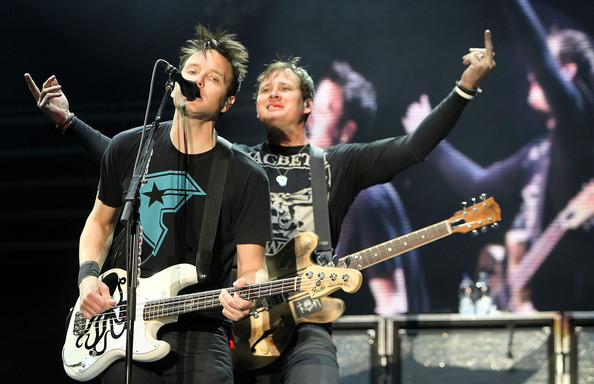 We should make it clear that Matt Skiba will be playing with you and Travis for the Musink show only on March 22. Everything after that is a question mark.

Mark Hoppus: After that, we don’t know. We haven’t played a show with Matt yet, so it’s too soon to really say what goes beyond on that. We’re very optimistic and excited about the possibilities of continuing with Matt in some way. He’s a good friend, a great guitarist, a great singer. He has a really positive attitude. I think we’ve been friends for, what, 15 years? We don’t have anything booked beyond that, but we are hopeful and excited.

There was a post of Tom’s on Twitter–since taken down–that said you and he once talked about replacing Travis.
[For the 2013] Australian tour in January, Travis obviously didn’t go on that tour because he didn’t feel comfortable flying, which was a possibility that we had known about from day one. When we agreed to do the tour of Australia Travis said, “I will do everything in my power to get back on an airplane, but if it gets to the day and I’m not ready to go, we need a back-up plan.” As it [came] closer to the time, Travis called me and Tom and said, “I’m not ready yet, I don’t think I’m going to be able to make the flight. We should go with a back-up drummer.” With Travis’ blessing we enlisted Brooks Wackerman and completed the tour.

However, during the course of the tour, Travis and the promoter got into a Twitter argument back and forth that was very contentious and was a lot of stress. Tom was upset, I was upset because it was happening while we were on this tour, and the tour was going very well. Everything should’ve been cool. The promoter thought that Travis had never intended to come to Australia and felt that he had been duped. Of course, that wasn’t the case.

After the tour, Tom was very upset about being put in that situation on tour, where people were threatening to sue, the promoter was angry and everything else. But he was really just blowing off steam. We got back from tour and Tom was having these calls where he was talking about “can we replace Travis, can we do whatever,” but it was really just Tom blowing off steam. There were a few days of calls where I listened to Tom, commiserated with Tom and, immediately afterwards, called up my manager and [said], “Tom’s upset right now, he’s talking about trying to replace Travis, but I’m not into it. That’s not going to happen.” And sure enough, Tom, after a month, called back up and was like, “Hey you know what? I was just angry about it. It was a bad situation, and of course I don’t want to kick Travis out of the band.” I don’t think Tom was ever truly serious about it. Even at the time, I felt he was just angry and he just needed to vent.