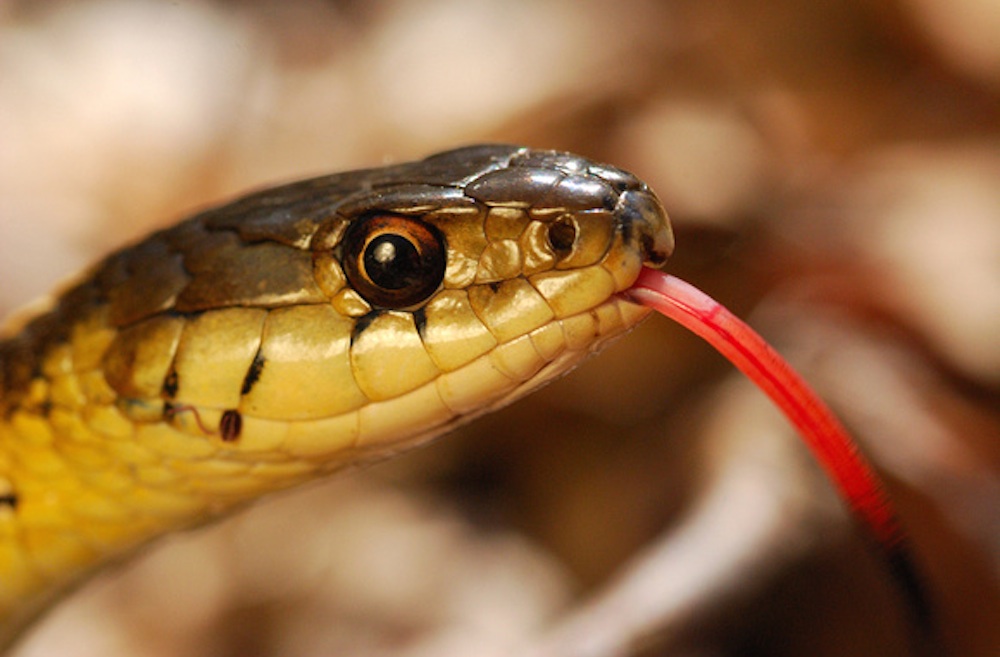 Well, here’s something you don’t see every day.

Some guys noticed that a snake was trapped in some netting and decided to help him out of it, even though it might have ended up with the snake biting them. Presuming something funny like this was going to happen during the encounter, the two decided to film it but got way more than they bargained for when upon its release the snake decided to regurgitate a humongous frog. The good stuff starts around the three minute mark, although it is quite funny listening to these two idiots argue whilst they’re freeing the snake too.

The frog is almost as long as the snake and twice as fat, and to be honest it’s kind of a miracle that it even fitted inside it. Still, it did and the proof is in the fact that the snake pukes it out. The gang react with a whole bunch of swearing so if you’re watching this at work or on the train or something, maybe turn your sound down because they get pretty rowdy.

If you enjoyed that, why not watch this video of a massive worm exploding out of a dead spider’s carcass next? It’s got a similar vibe.