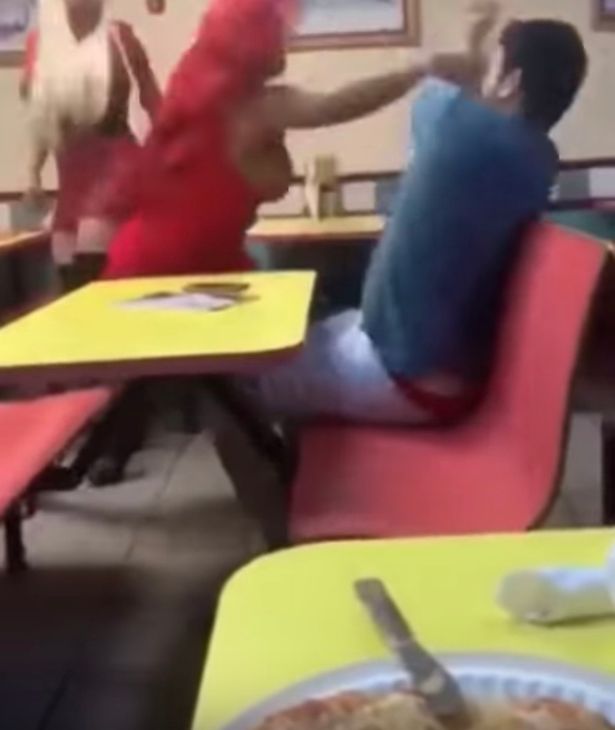 Transgendered people and members of the LGBTQ+ community might be more open to appearing as their true selves in the apparently more ‘woke’ 2020s, but incidents like the one in the video below show that we’re still a hell of a long way from full acceptance of these minorities.

The footage comes courtesy of a video taken at a pizzeria in Miami, Florida where a man repeatedly harasses two women enjoying their lunch about the status of their genitals, until one of them snaps and starts attacking him. The transgender women get the upper hand, and leave the man huddled up in a ball on the floor of the restaurant as they grab their stuff and leave:

I mean we can’t really see what’s going on in the actual video because of the way that it’s been shot and the fact that it’s in Spanish and not that clear, but it seems pretty obvious that the guys are harassing the two transgender women before they eventually crack. Feel like they’re well within their rights to react like that if they’re being constantly goaded by a couple of meatheads, and it’s even funnier that said meatheads ended up on the floor having been battered by them at the end of the video. Just a shame it had to even happen at all.

For more of the same, check out this transgender woman nearly chopping a guy’s head off with an axe. Ouch.