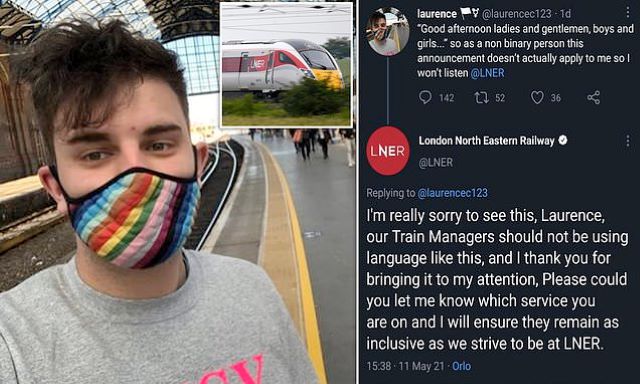 A train operator is being mocked online after it apologised for one of its conductors greeting passengers with a cheery “good afternoon, ladies and gentlemen, boys and girls”.

London North East Railway promised to deal with the conductor after a non-binary passenger complained that the greeting wasn’t inclusive enough. 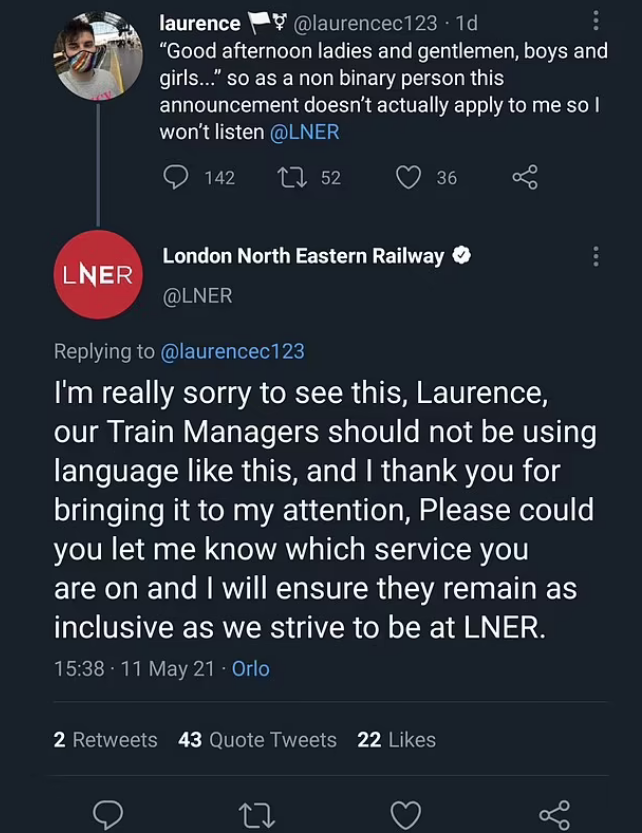 Wow, what an absolute wet wipe. Are we sure that greeting didn’t apply to him because he simply didn’t wish to have a good afternoon?

Either way, can’t believe LNER actually apologised for their train conductor using ‘language like this’. You’d think the guy had used a racial/sexist/homophobic slur or something? Why can’t they be as bothered about making trains run on time as they are about seeming inclusive?

Laurence was sat with a colleague at the time, who also happens to be non-binary, and they were just as distraught as he was: 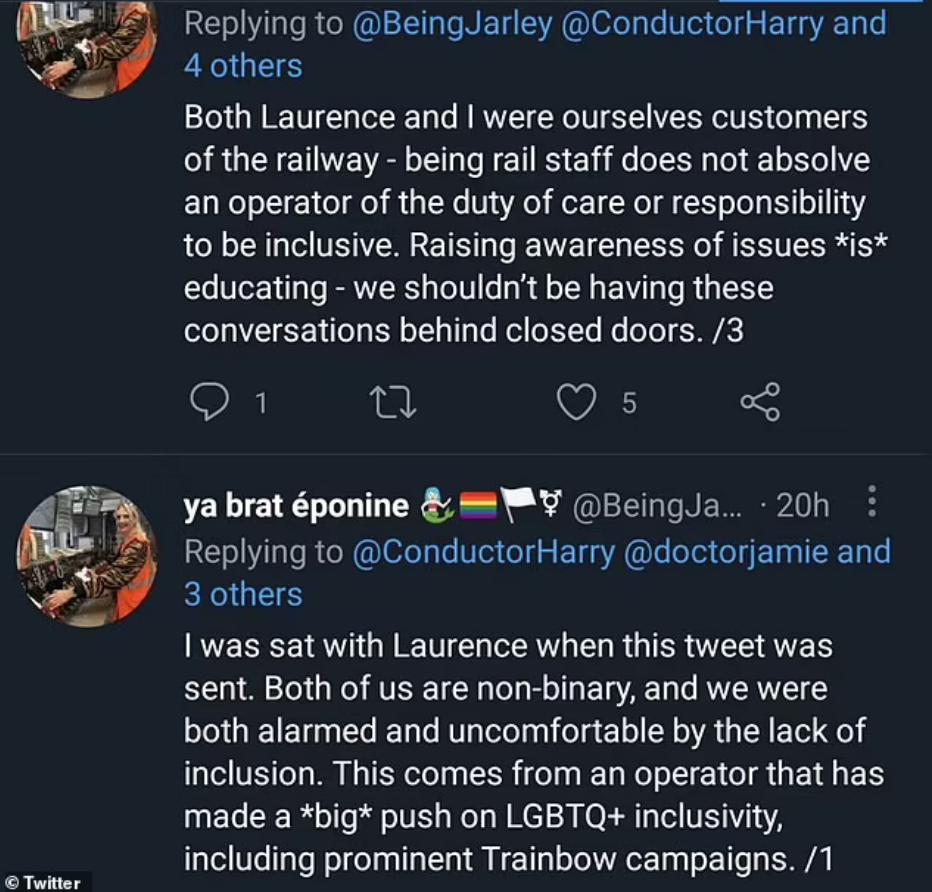 Who knows, maybe the train conductor was going to run through all the gender identities but then saw they only had 2 stops left so kept it short and sweet? Maybe he could say something like “good afternoon, earthlings” from now on, but how long before some woke alien turns up and says that isn’t inclusive to them?

Despite the majority of commenters ripping LNER to shreds on Twitter, it seems the company will persist in instructing their staff to use broader language in order to not offend anyone else:

We are committed to diversity and inclusion in all that we do for our customers, colleagues and communities, and encourage our onboard teams to welcome all customers onboard.

Our policies and procedures are reviewed regularly and we will review if any further changes need to be made.

As for Laurence, they’ve since gone private: 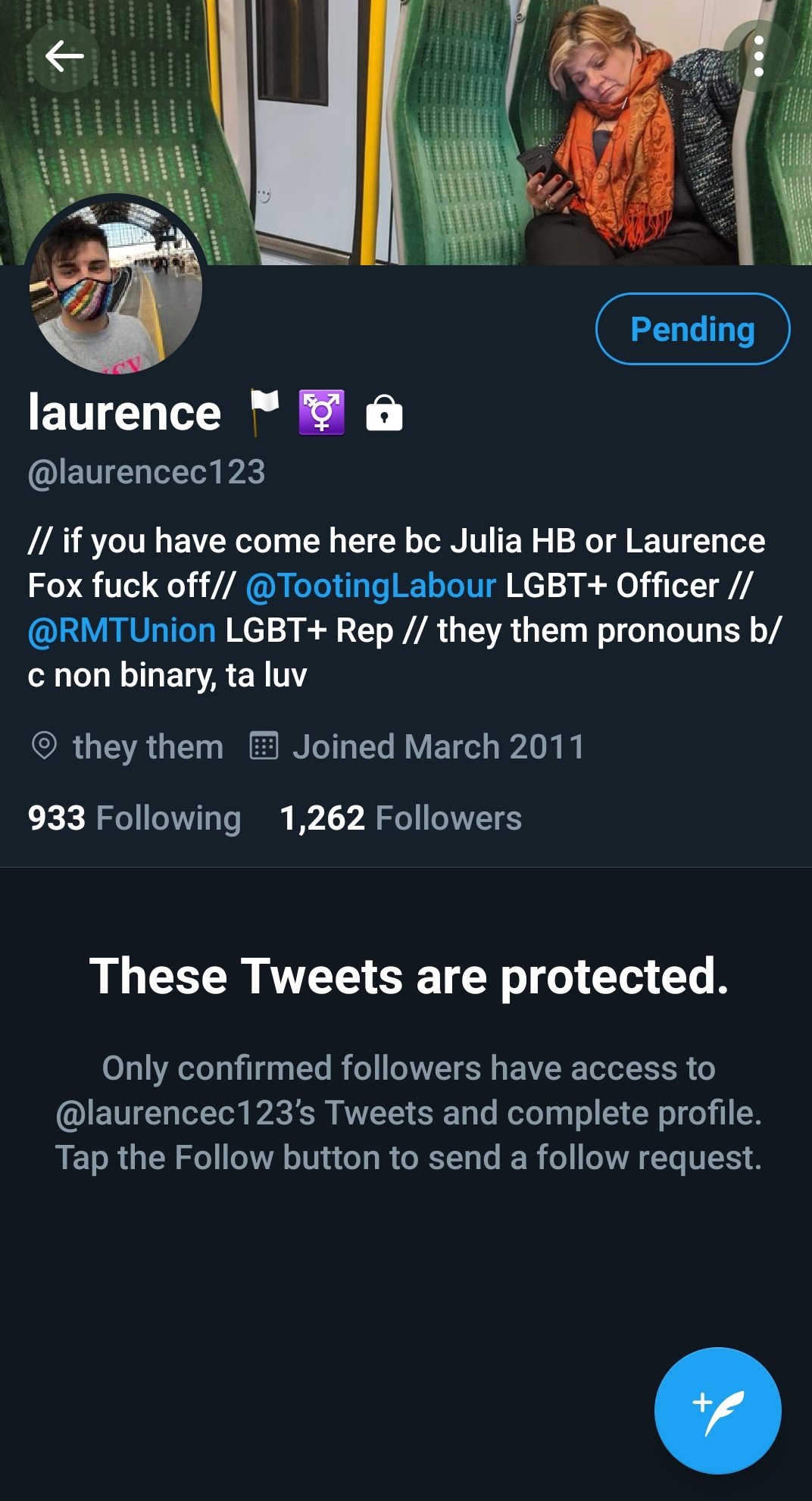 First world dramas. Have a good afternoon… everyone!

For the grown man who says he can’t go to Disney World anymore because ‘wokeness’ has ruined the experience, click HERE. Lol.