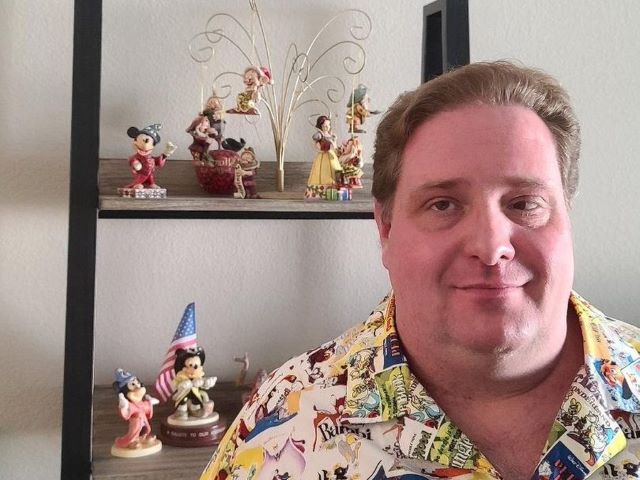 A Disney superfan named Jonathan Van Boskerck is getting absolutely bodied on social media after writing an article in the Orlando Sentinel about how wokeness has ruined ‘the immersion and fantasy’ of his visits to the park.

The gist of his argument seems to be that “woke” guidelines for cast members – basically that they can now show tattoos and have any hairstyle they want and the fact some costumes/rides have been altered – has ruined the Disney World experience.

Here are some highlights:

My family and I have been loyal Disney customers for decades. We vacation at Disney World every year. We take a Disney cruise every year or two. Consequently, we spend way too much money in Orlando.

Unfortunately, I am strongly rethinking our commitment to Disney and, thus, Orlando. The more Disney moves away from the values and vision of Walt Disney, the less Disney World means to me. Disney is forgetting that guest immersion is at the core of its business model. When I stand in Galaxy’s Edge or Fantasyland, I know I am in a theme park but through immersion and my willingness to set the real world aside, something magical happens.

That spell is broken when the immersive experience is shattered by the real world. And boy, has Disney been breaking the immersion.

Recently, Disney announced that cast members are now permitted to display tattoos, wear inclusive uniforms and display inclusive haircuts. Disney did all of this in the name of allowing cast members to express themselves.

The problem is, I’m not traveling across the country and paying thousands of dollars to watch someone I do not know express themselves. I am there for the immersion and the fantasy, not the reality of a stranger’s self-expression. I do not begrudge these people their individuality and I wish them well in their personal lives, but I do not get to express my individuality at my place of business.

What’s next, is Disney going to end the rule barring on stage cellphone use by cast members as an infringement on self-expression.

More broadly, like many corporations, Disney has been politicizing its business. Full disclosure: I am a Christian and a conservative Republican, so the people who run Disney and I do not see eye to eye.

Disney is in the process of taking the woke scalpel to the Jungle Cruise. Trader Sam is out because he might offend certain people. Every grown-up in the room realizes that Trader Sam is not a representation of reality and is meant as a funny and silly caricature. It is no more based in racism than every Disney caricature of an out-of-touch white American dad.

Disney proclaims that Splash Mountain must change because of its association with “Song of the South.” Disney owns Splash Mountain so it can do what it wants. But if Disney screams at the top of its corporate voice, which is pretty loud, that it is changing it to appease a certain political point of view, now every time I look at the ride I am thinking about politics.

Pirates used to be one of my favorite attractions. My family would always ride it first on our first day at the Magic Kingdom. Now, we do not even ride it every trip. When my family rides Pirates now, each of the changed scenes takes us out of the illusion because they remind us of reality and the politics that forced the changes.

And some of the reaction online…

Large baby complains about having to share his toys

Sorry ladies, I read the piece and he’s already married. 💔

Lots of people making fun of this just based on the title and the picture, but if you actually read the article this middle aged man is making good points about how the immersion at Splash Mountain has been ruined for him because of political correctness

To be fair to Jonathan, he’s not wrong that people go to Disney to be entertained and escape reality, but if you’re a grown man who cares this much about being ‘immersed’ in a Disney theme park, well, that’s just a bit weird IMO. There are still cool rides and great food for the grown-ups so I don’t really see what the issue is unless you’re some kind of adult baby. It’s not like the kids are complaining, is it?

Either way, Disney execs are probably going into meltdown as they scramble to find a way to keep Jonathan as a customer. Won’t somebody think of the adults for a change?!

For the woman who can’t get a passport after making ‘Tinkerbell the Real Goddess’ her middle name, click HERE. Another Disney freak.