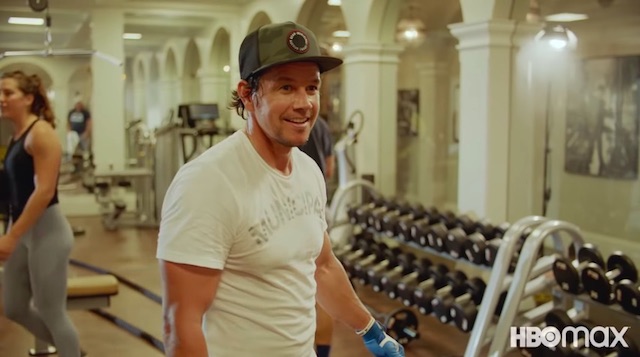 I think everyone knows that Mark Wahlberg is a bit of a fruitcake after he posted his daily routine a while back and it involved him getting up at 3am every day to pray and play golf and shower and do all manner of ridiculous things before anyone normal had even thought about waking up, so you’ll be pleased to see that his docuseries about himself is more of the same unintentional comedy.

Mark has just released the trailer for ‘Wahl Street’ (lol really) which documents the every day struggles of a multi millionaire actor and businessman and all the trouble that he gets into on the reg. I guess it’s basically like an older version of ‘Entourage’ where Vince is a lameass square who gets up at 3am every day and pretends he has problems but he doesn’t really because he’s a humongous millionaire?

Jesus. Just when I thought that couldn’t get any dumber it hit with the hip hop soundtrack and the dumb sloganeering and workout montage around 1:30 minutes. It’s just so stupid that I’m probably going to end up watching it and absolutely loving it.

The thing is I suppose you have to respect Mark Wahlberg for getting involved with all these businesses and doing stuff with his life, but when he has so much money to fall back on and has already essentially ‘made it’ then it’s kinda hard to really get that invested in it all? If one of his businesses fails then it’s not going to affect him that much, you know? Probably not even at all to be honest.

And the silliest thing was how he said that being away from his family all the time was his biggest sacrifice? If he hates it so much maybe just don’t be away from them all the time? Guy can literally do anything he wants, so quit whining. Work from home if it’s such a big deal, geez.

For more of the same, check out Mark Wahlberg’s dream house. Yes, that’s really where he lives.