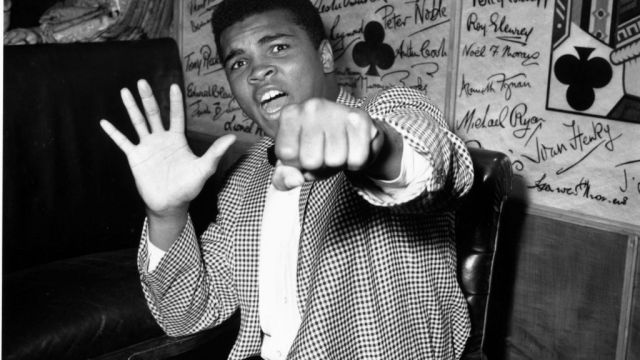 From producer Lebron James and the director of Training Day.

There’s a reason that Muhammad Ali is recognised as the Greatest Of All Time by a whole load of people out there and this is going to be showcased in a new documentary about him courtesy of HBO.

HBO already have a pretty strong documentary game and it looks like What’s My Name: Muhammad Ali is only going to add to the channel’s reputation. Here’s the official trailer and synopsis for it:

Directed by Antoine Fuqua (Training Day, Southpaw, The Magnificent Seven, The Equalizer franchise) with LeBron James and Maverick Carter serving as executive producers, What’s My Name | Muhammad Ali explores Ali’s challenges, confrontations, comebacks and triumphs through recordings of his own voice. The two-part documentary paints an intimate portrait of a man who was a beacon of hope for oppressed people around the world and, in his later years, was recognized as a global citizen and a symbol of humanity and understanding.

Alongside using Ali himself to guide viewers through his journey, What’s My Name | Muhammad Ali features archival footage, some of it previously unseen.

Yeah I mean there’s no way this isn’t going to be absolutely required viewing is there? It’s due to premiere on HBO on May 14th and although there’s no UK release date as of yet, we doubt it will be too long before you’re seeing it over here.

For more Muhammad Ali, check out this story about when three gorgeous models invited him to their hotel room. Classic.