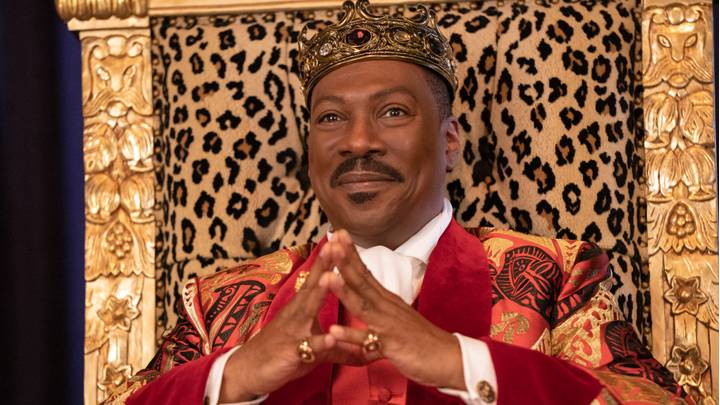 ‘Coming To America’ is one of the classic 80s movies as Eddie Murphy’s Prince Akeem Joffer travelled from his native country of Zamunda to Queens in New York in search of a bride and gets into all kinds of scrapes as he tries to adapt to the fast paced style of life over there.

The movie didn’t really need a sequel, but it was so successful that one has always been talked about in the thirty three years since it was first released and this is finally going to happen as ‘Coming 2 America’ (see what they did there) will drop on Amazon Prime on March 5th next year. Here’s the trailer, as well as Eddie Murphy’s thoughts on the new movie:

What I’m most excited about the audience seeing is how amazing this movie is.

We have incredible new cast members like Wesley Snipes, Tracy Morgan, Leslie Jones, Jermaine Fowler, KiKi Layne and my own daughter, Bella Murphy, among others, who are all so funny and really brought their A-game. It’s just a great picture and I’m excited to have audiences see it.

This is the perfect time to return to Zamunda because it’s been a while since we’ve had a great comedy that everybody can enjoy. Zamunda is a very funny place, and the world needs that right now.

That’s kind of a condescending sound byte isn’t it? Pretty much shits on every comedy that’s come out in the past thirty three years and it just sounds really dumb that he’s most excited about the audience seeing ‘how amazing this movie is’. That’s the most obvious line anyone could ever use for promoting a new movie.

Despite all that, the original was pretty funny but I’m not sure if Eddie Murphy playing multiple different characters and shouting at himself is funny in 2020 like it was in the 90s and the trailer certainly didn’t do anything to qualm those fears. Guess we’ll see what happens come March 5th.

For more of the same, check out which other of his classic properties Eddie Murphy is working on a sequel to at the moment. Should be good.