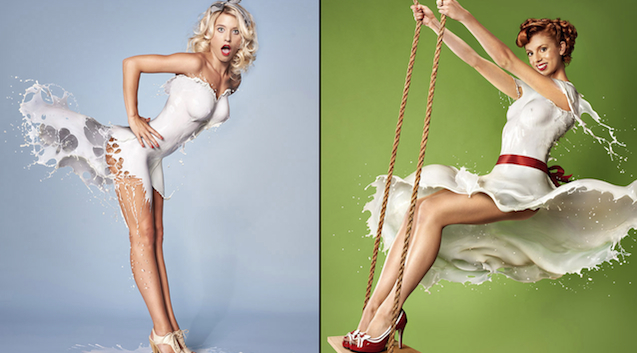 I hadn’t heard of high speed milk before I saw these photos, but it turns out it’s pretty awesome.

Yeah, you did read that headline correctly and yeah, it did say high speed milk. I haven’t heard of the concept of high speed milk either, so don’t feel bad about it, but it’s the brainchild of London based photographer Jaroslav Wieczorkiewicz who had the idea to make a calendar of hot girls with a difference – they wouldn’t be wearing clothes but instead would be wearing high speed milk.

The finished pictures were taken from layers of hundreds and hundreds of photographs of splashes of real milk on real models, frozen using high speed strobes. These photographs are then layered on Photoshop and Wieczorkiewicz probably spends a hell of a long time mixing them together to make the high speed milk dresses look just how he wants them to look.

And they look pretty damn great. Wieczorkiewicz has stated that he looked to the work of iconic photographers such as Gil Elvgren and the imagery of 1940’s pinup girls for his inspiration with the calendar and if you ask me he’s nailed it pretty much exactly how he set out to do. Check out the awesomeshots below and on the next page. 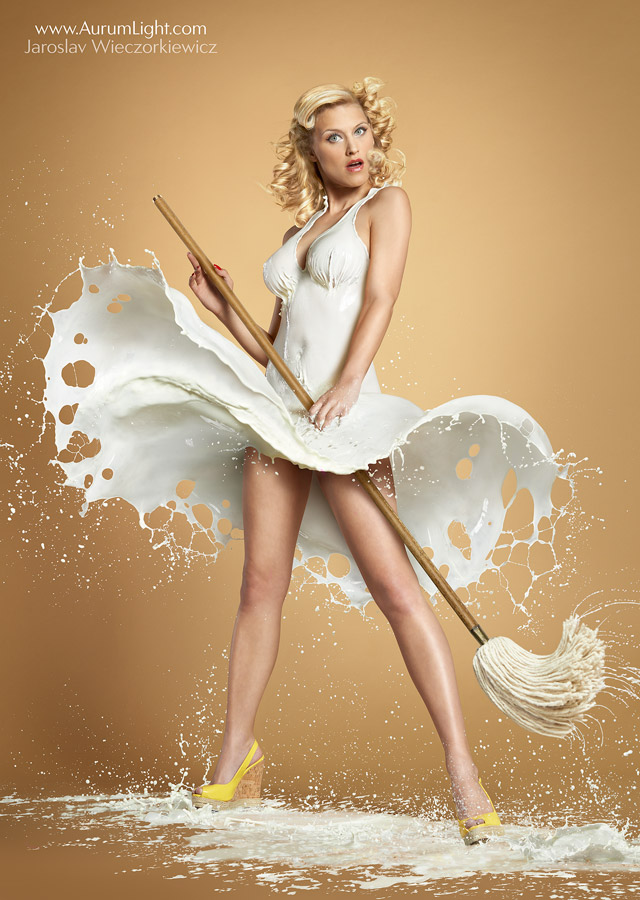