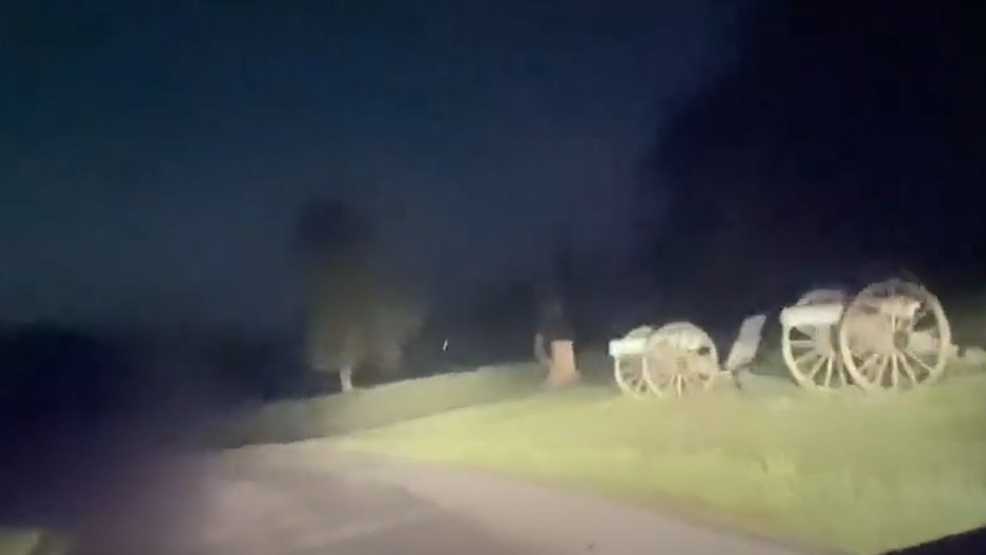 I think most people know that Gettysburg is the site of the bloodiest battle of the American Civil War with over 40,000 casualties in one day of fighting, but I don’t think that many people reading this will also know that it’s also been a major location of ghost sightings over the years due to the sheer volume of people that died there that day. It makes sense though, sure, especially after you see this latest video of one of them.

The video comes courtesy of a guy called Greg Yuelling, how as visiting the battle site with his family on September 2nd. Check out his explanation of what’s going on and then the video underneath that, but be warned it’s pretty spooky:

We just went there as tourists, to learn more about the history of the Civil War and see the old battleground, where the Gettysburg Address was given and all that stuff…

Then we saw these shapes moving in the darkness, they were the size of humans, one of them ran right through the cannon…. it was weird, it was scary, it was crazy.

My uncle got so scared he rolled up the window.

We went back and watched the videos over and over again, and then we blew them up on the big screen to get a closer look. That made us even more freaked out.

It was really exciting, but I also got this strange, ominous feeling, like something was telling me to go back there.

I couldn’t go to sleep but I was creeped out, so I didn’t go.

I’m not gonna lie, I read that and thought meh whatever, but checked the video out anyway just in case and holy shit that was creepy. It almost has me convinced that it’s really a ghost right up  in there – what else could it possibly be?

Well, the spoilsports at The New Jersey Paranormal Research Organization already have moved to disprove the theory, saying the following:

It appears there’s what appears to be a water droplet on the windshield, and a streak of water it left behind as it rolled down the window. If you watch the black dot towards the bottom of the shot, it moves perfectly in relation to the movement of the entity and movement of the camera together. If you use the dot as a point of reference, you’ll see the streak easily.

Why does this happen? The fact that the windshield/streak is so much closer to the camera than the monuments and cannons in the background, it appears to move independently of the background. However, it’s just a result of the distances of all the points of reference. It’s an illusion. The entities are actually just the light being distorted by the streak on the windshield as the background elements move into the streak. The reason most people are seeing a “ghost” is because they already know about the history of Gettysburg, and our brains will automatically try to make something familiar out of a visual anomaly. In this case, a dead civil war soldier because that’s what we expect. Rewatch the video again and pay close attention to the water droplet circled and how it moves with the ghost. Interesting stuff…

I mean maybe? Still think that it looks like a ghost or a similar spooky apparition to me though. Definitely one of the best one of these ghost videos I’ve seen in recent times, so even if it’s fake or just an accident it’s got that working in its favour.

For more of the same, check out this video of the ghost from ‘Ring’ underneath a trampoline in Norway. Eek.